Brilliant Sancho needs to wise up 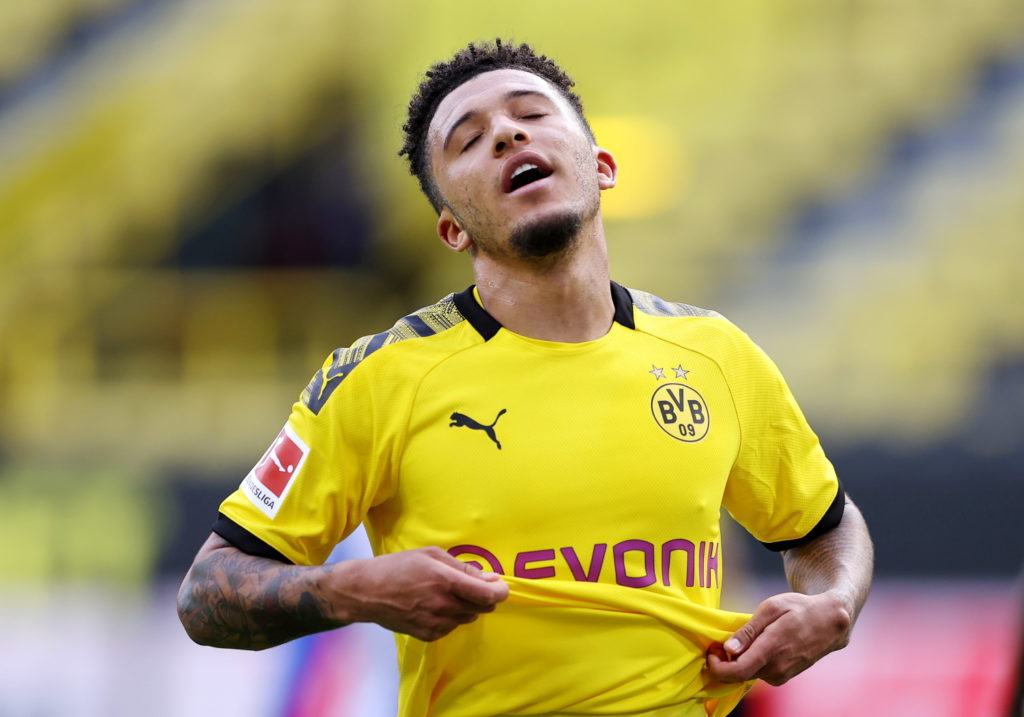 Football is littered with tales of young players failing to realise their potential and England fans will hope that Jadon Sancho does not suffer that same fate.

Borussia Dortmund’s Sancho left Manchester City to join the German giants in pursuit of regular football in 2017, in what was seen as a bold move with Pep Guardiola at the helm.

Sancho has lit up the Bundesliga and his statistics for this season are particularly impressive. In 28 appearances, he has netted 17 goals and provided 16 assists. However, it is his off-field activities that have gained him the wrong type of headlines in recent days.

The 20-year-old and his team-mate Manuel Akanji were fined this week after pictures emerged of them having haircuts in their respective homes. Their actions breached Germany’s coronavirus restrictions and were compounded by no-one in the images wearing personal protective equipment (PPE).

Sancho’s response was flippant, describing the DFL’s decision as an “absolute joke” but it is not the first time this season he has erred from the straight and narrow. In October, he was dropped and fined for returning late from international duty, while Sporting Director Michael Zorc has recently batted away suggestions that a recent injury was actually a cover for other suspected lockdown breaches.

Dortmund have been praised for their strong disciplinary stance but their actions only further fuelled rumours of a move away from Signal Iduna Park.

Manchester United are thought to be leading the chase but with him valued at €100m, will not jump into a deal. More rumours emerged on Sunday that they were now looking at Aston Villa’s Jack Grealish, himself known for having a colourful off-field life, as he is deemed less of a risk.

Teammate Emre Can spoke out this weekend about his colleague’s development, suggesting that he may need a “little guidance” and to look at individual members of his entourage if he wants to avoid further scrapes.

There is no question that Sancho is a prodigious talent and his record speaks for itself. At just 20, he already has 11 caps for England and was part of the squad that travelled to last summer’s Nations League Finals.

This is a boy with the world at his feet but he is not the only player to enjoy a meteoric rise, only to burn out early.

Over the last 30 years, and for differing reasons and to varying degrees of success, the Three Lions have seen the likes of Paul Gascoigne, Joe Cole and Theo Walcott fail to achieve anything near what was predicted for them.

Sancho is as talented as any of those. The hope now is that he can keep his focus on the pitch, rather than trivial matters elsewhere.