What can the Premier League learn from their European counterparts 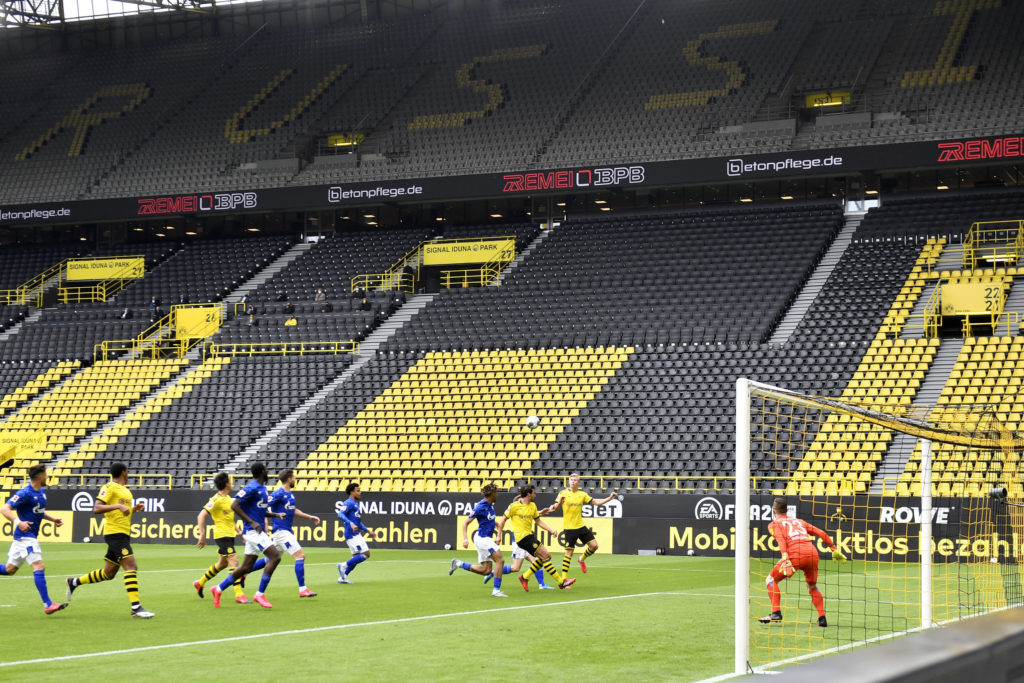 With 'Project Restart' close to completion, we examine what the Premier League can take from other European competitions that have already resumed.

The English top flight has a provisional restart date of June 17 and it is set to be wall-to-wall football from that point until the end of July.

However, while the fundamentals of the beautiful game remain the same, the world surrounding it has changed dramatically and football has had to adapt to apease the standards of the ‘new normal’.

No fans, players and staff in masks, social distancing and even celebrations at arm’s length are all aspects that supporters will have to get use to. It can be a jarring change from the noise and chaos of a pre-coronavirus football game but with the Bundesliga having resumed in May, followed by several other European leagues, fans from Premier League clubs have had plenty of time to prepare.

The teams and competition hierarchy themselves have also had ample opportunity to get ready and here are just a few of the lessons they may have learnt from watching their European counterparts.

There is no getting away from the fact the biggest change, aesthetically at least, is the behind closed doors nature of matches. Being able to hear every kick and every cry from the field is bizarre and the equivalent to watching park football at times.

Throw into the mix the sight of empty arenas and it can be tough viewing. A return to full stadiums could be years away so clubs have been working on solutions which the Premier League are exploring. Eight sides are looking into having cardboard cut out supporters fill the arena with pictures of fans printed on to them, as has been done by Borussia Monchengladbach in Germany.

…so if the Bundesliga resumes behind closed doors, Gladbach will still have a crowd 👥 pic.twitter.com/BbmU5qz1he

It certainly looks better and Gladbach’s players have said it helps remind them who they are playing for at times.

Denmark’s AGF Aarhus have gone one step further by erecting video boards displaying fans who are ‘attending’ the game via Zoom.

In Denmark today, Aarhus GF returned and played in front of fans on Zoom. pic.twitter.com/4imehP2vXZ

Arsenal are understood to be one team assessing if fans can be present digitally and both schemes represent a good way to make up for the loss of ticket revenues or raise money for charity, as Gladbach did with the sale of their cardboard fans.

One thing that has been harder to replace is the noise but clubs are coming around to the idea of pumping in artificial crowd noise. This certainly plays tricks on the minds with crowd noise audible but no fans in attendance and opinion is split on whether this makes watching games easier or is a lame gimmick.

After a VAR check Alario’s tidy finish stands and we have a real game on here! pic.twitter.com/Nh7jEGOKuq

By the time the Premier League kicks-off again, it will have been over 15 weeks since the last competitive action took place. That is the longest break most professional footballers will ever have had and staying fit has been a challenge due to lockdown.

With around three weeks to prepare, coaches and medical staff are worried this isn’t enough time to get up to full speed and that injuries are likely to occur. Some teams have already been affected with Everton likely losing Yerry Mina and Jean-Philippe Gbamin for the remainder of the season to injuries sustained during training.

Even with clubs allowed to make five substitutions, rather than the usual three, injuries look set to be a common occurrence with data from the Bundesliga showing the number of injuries sustained per game climbed from 0.27 per game to 0.88 in the first weekend of action.

The time off might have given the likes of Harry Kane, Paul Pogba and Marcus Rashford the chance to get over their pre-coronavirus injuries but more star names could succumb to issues once games resume if they aren’t managed carefully.

The end of home advantage?

Does playing at home, in front of your own fans make that much of a difference? The answer is an overwhelming yes based on the results in the Bundesliga after five rounds of matches. Home teams were winning 40 per cent of matches before the enforced break but that number has now dipped to 21 per cent since the restart.

Away wins have shot up by 11 per cent and that should be enough to worry teams reliant on their home form. The likes of Tottenham, Aston Villa and Everton have taken the vast majority of points on their own patch and could be the biggest casualties of behind-closed-doors football. They’ll need all the cardboard cut outs they can get.

On the flip side, it might empower teams usually intimidated by playing at Anfield or the Etihad Stadium to have a go at their more illustrious hosts, trimming the number of home bankers.

The Premier League has been far too predictable and while it is inevitable Liverpool will be crowned champions, the lack of fans in stadiums could lead to a few welcome surprises between now and the end of the season.