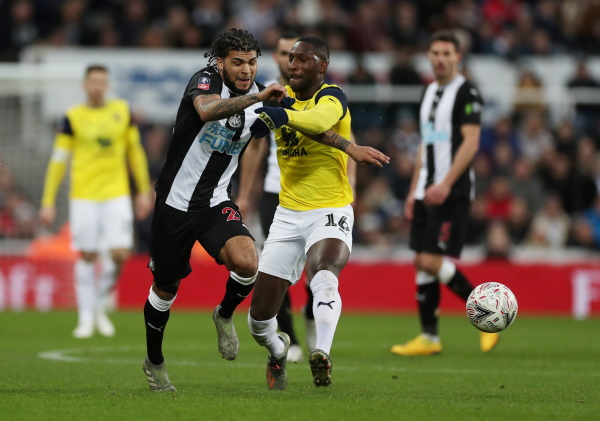 The pair have penned three-and-a-half-year contracts at Griffin Park as Thomas Frank’s side aim to achieve promotion to the Premier League.

Fees for the duo are undisclosed but it is thought the deal for the pair is worth around £3million.

Winger Fosu has been in excellent form for the U’s this season, scoring 10 goals in 33 matches since arriving from Charlton in the summer.

The 24-year-old came through the Reading academy and made one appearance in the Championship in the 2014-15 season.

Midfielder Baptiste has also been hugely impressive in League One as Oxford lie eighth in the table.

The 21-year-old, who graduated through the Oxford United academy, has scored four goals in 27 games this season.

Saturday’s lunchtime match away at Hull will come too soon for the duo, but they could be in contention to make their debuts against Middlesbrough on February 8.

Head coach Frank, who penned a new deal with the West London club earlier this month, is very pleased with the attributes both players will bring to the club.

“I am happy that we have managed to add Tariqe to our squad. He is very good in one-on-one situations with good skill in tight areas and is a tricky player for defenders to deal with,” Frank said of Fosu.

On Baptiste, the Dane added: “Shandon will be a brilliant addition to our squad. He has great one-on-one skills in the middle of the pitch. He is energetic, great on the ball and works very hard pressing when we do not have it.”