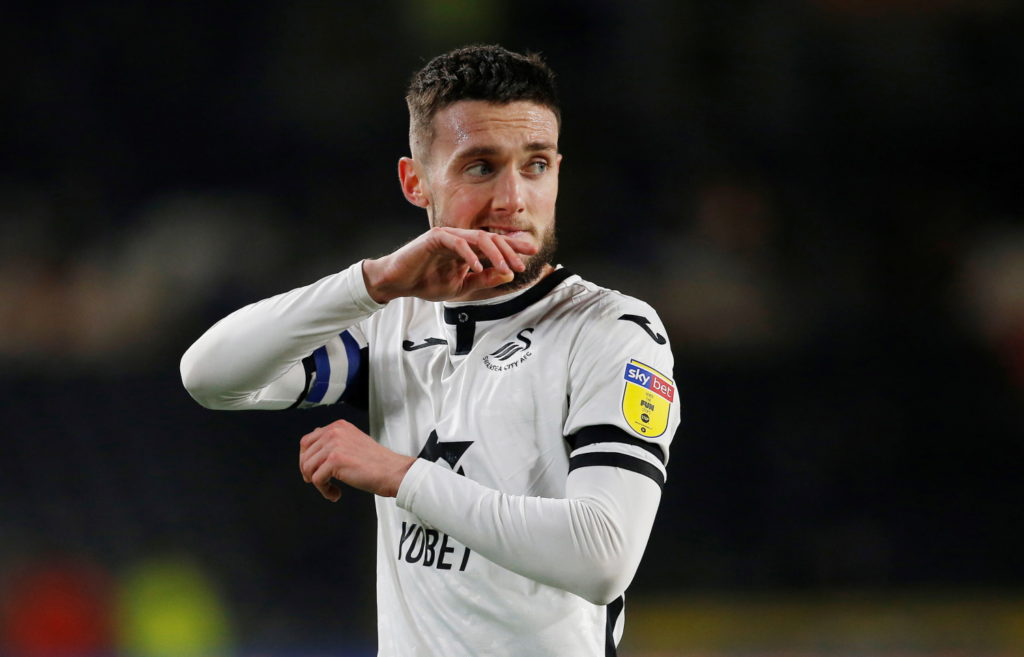 Swansea midfielder Matt Grimes has called on his teammates to continue building momentum as they seek a playoff spot.

Grimes has started and finished all 34 games for Swansea in the Championship this season and he is refusing to give up on their pursuit of top-flight football.

Saturday’s 3-1 win over Huddersfield extended their unbeaten streak to three and they have only tasted defeat once in the last five games.

Swansea sit just five points shy of the playoff places in ninth spot ahead of Wednesday’s testing clash with Fulham at Craven Cottage.

The next couple of weeks look set to be make or break for Swansea as they play three clubs placed ahead of them in standings.

A trip to Blackburn follows on from the meeting with Fulham and they start March with a home game against table-toppers West Brom.

With 12 games remaining, Grimes, who accepts Wednesday’s outing will be “tough”, feels Swansea can kick on but has stressed the importance of building on the victory over the Terriers.

Grimes told Swansea’s official website: “In this league, it’s about building momentum. We’ll look at the positives from Huddersfield and what we can improve on and try to take that into our game against Fulham.

“We know it’s a typical Championship week with nine points available. If we can get some momentum and keep winning, it will push us right up the table and anything can happen. We just need to take each game as it comes.”