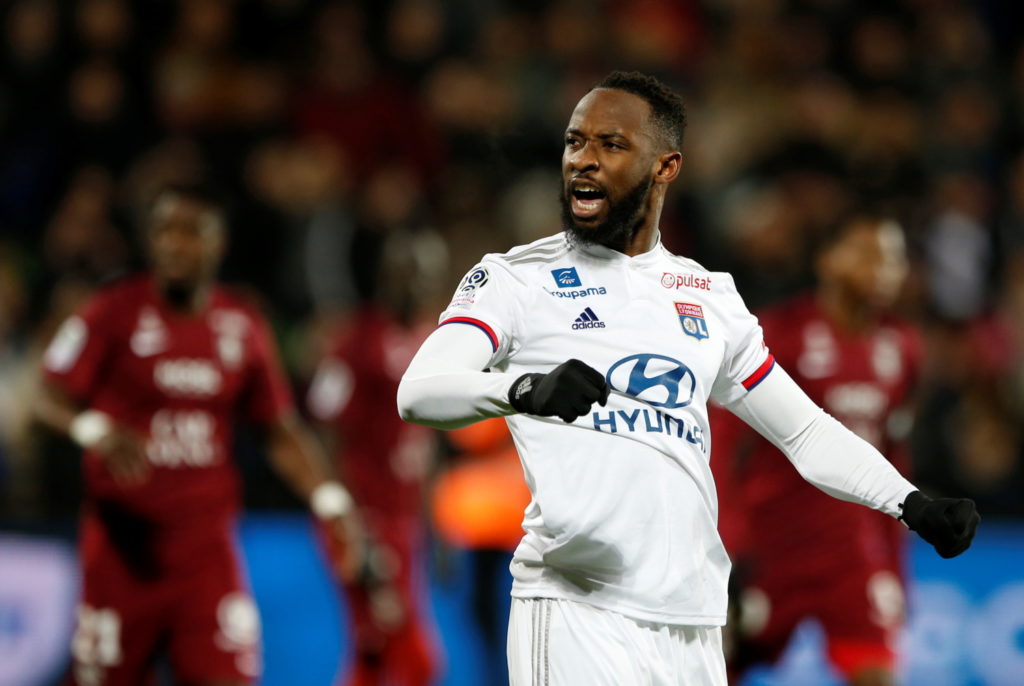 Lyon striker Moussa Dembele is keen on returning to England amid serious interest from Manchester United.

United’s problems in attack have been well documented this season and Dembele could be the long-term answer.

The Red Devils failed to draft in a replacement for Romelu Lukaku last summer after agreeing to sell the Belgian to Inter Milan.

Ole Gunnar Solskjaer felt that Marcus Rashford was capable of leading the line on a regular basis but he had little in reserve.

Rashford did step up, scoring 14 league goals in 22 appearances, but the England star could be sidelined for the rest of the season with a back injury.

His last outing came in the 4-0 victory over Norwich on January 11 and reports suggest he could even miss Euro 2020.

Anthony Martial has deputised in Rashford’s absence, scoring in each of his last three outings across all competitions, while teenager Mason Greenwood has offered support.

Odion Ighalo was signed on-loan from Shanghai Greenland Shenhua on transfer deadline day after a chaotic search for a striker during the latter stages of the window.

Solskjaer hinted Ighalo could earn a permanent deal if he impresses during his loan stint but reports suggest they are still assessing other options.

Dembele has been linked with the Old Trafford outfit on several occasions and those rumours are starting to gather pace once again.

The former Fulham and Celtic striker is currently the leading man for Lyon in Ligue 1 and has hit 20 goals across all competitions in 2019-20.

Lyon had previously warned interested parties off the 23-year-old but it’s understood they have accepted he is likely to leave at the end of the term.

The French side paid €22million for the frontman in the summer of 2018 and he is likely to command a fee in the region of €80million.

It’s claimed that talks have already taken place between United and Lyon but their valuation is likely to be the biggest stumbling block.