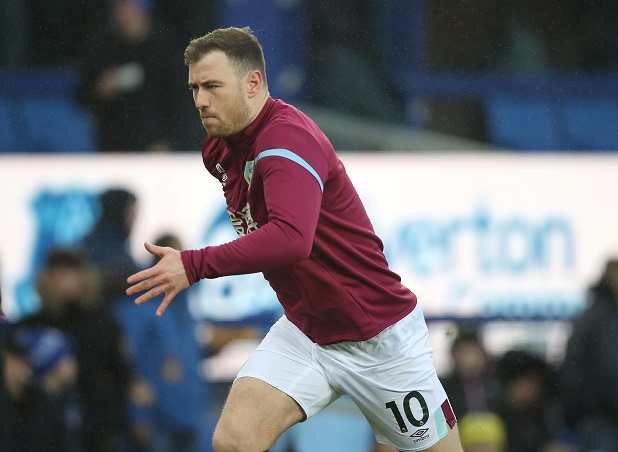 Burnley will be without Ashley Barnes for their home game against Leicester after the attacker underwent hernia surgery.

The forward has been struggling with the problem for a while and has gone under the knife to try and correct the injury.

He now faces a spell on the sidelines with the injury piling more bad news on the out-of-form Clarets.

Sean Dyche’s men have lost seven of their last nine games and have only scored four goals in that run.

They will have to rely on Chris Wood up front, who is set to feature in the match despite suffering with a broken nose.

Fellow forward Jay Rodriguez is also available once again after overcoming a bout of illness.

Otherwise, Dyche has no new injury concerns to worry about ahead of the meeting with the third-place Foxes.

SD confirms that Ashley Barnes underwent his hernia repair procedure this morning. No timescale on his absence has been given.

Johann Berg Gudmundsson is set to remain on the sidelines due to injury meaning Robbie Brady could get a chance to start while Aaron Lennon will be hoping to keep his place in the side.

Leicester arrive into the game hoping to get back up and running following a patchy spell of three defeats in five Premier League games.

Wilfried Ndidi’s absence in midfield has been felt hard by Brendan Rodgers’ side and he is set to miss out yet again after undergoing minor surgery on a knee problem.

Hamza Choudhury is likely to deputise, while there are fitness doubts over club captain Wes Morgan.

The 35-year-old has been struggling with a groin injury which has forced him to miss their last two matches.

He will be given up until the last minute to prove his fitness before being assessed.

This season’s Premier League top goalscorer Jamie Vardy is set to start the game after fully getting over his injury problems over the Christmas and New Year period.

The striker has only found the back of the net once in his last six games, in Leicester’s 3-1 loss at Manchester City last month.