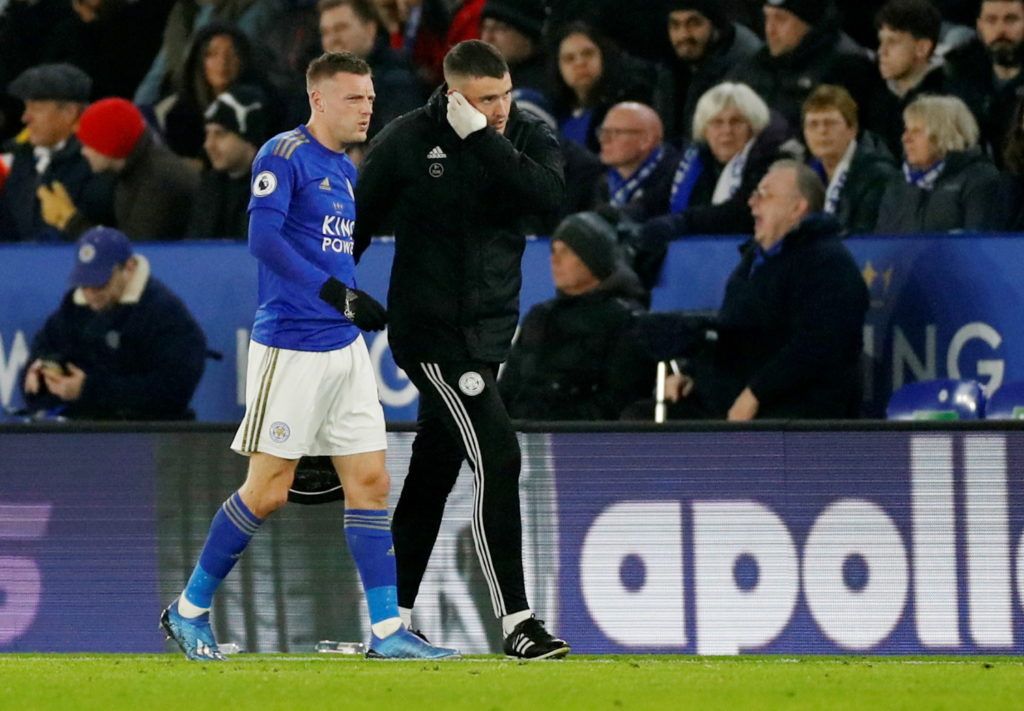 Leicester City will be without key striker Jamie Vardy for Saturday's FA Cup fourth-round tie at Brentford but Brendan Rodgers will name a strong line-up.

The Foxes were hit by the loss of their 33-year-old talisman, who limped out of the midweek 4-1 Premier League win against West Ham with what was initially feared to be a hamstring injury.

However, it has since been revealed that Vardy’s problem was with his glute and, while he won’t feature in the lunchtime kick-off at Griffin Park, he could be involved in the Foxes’ Carabao Cup semi-final second leg tie at Aston Villa on Tuesday.

The loss of Vardy, who is the Premier League’s leading scorer on 17, is a blow, while Rodgers will be without Nampalys Mendy for up to six weeks because of a knee injury.

“It’s certainly not as serious as we first thought.”

The FA Cup offers Rodgers an opportunity to rotate his squad, but the Northern Irishman knows he can’t afford to take the Bees lightly having been impressed with their “creative brand” of football which has taken them up to fifth in the Championship and just five points off an automatic promotion spot.

He added: “We have an important game [at Aston Villa] on Tuesday, but on Saturday we’ll have a team that will be strong, energetic and hopefully get us into the next round.”

The hosts will again be without winger Said Benrahma following the sad death of his father this week, while Pontus Jansson and Mathias Jensen are unlikely to recover from the injuries which forced them to miss last weekend’s draw against Huddersfield.

Head coach Thomas Frank also confirmed that he will make some changes, although he is keen to progress in the cup this season.

He said: “The FA Cup is the biggest and most important cup tournament in the world and it has been proven year after year. We are really looking forward to this game and would like to do as well as possible.”