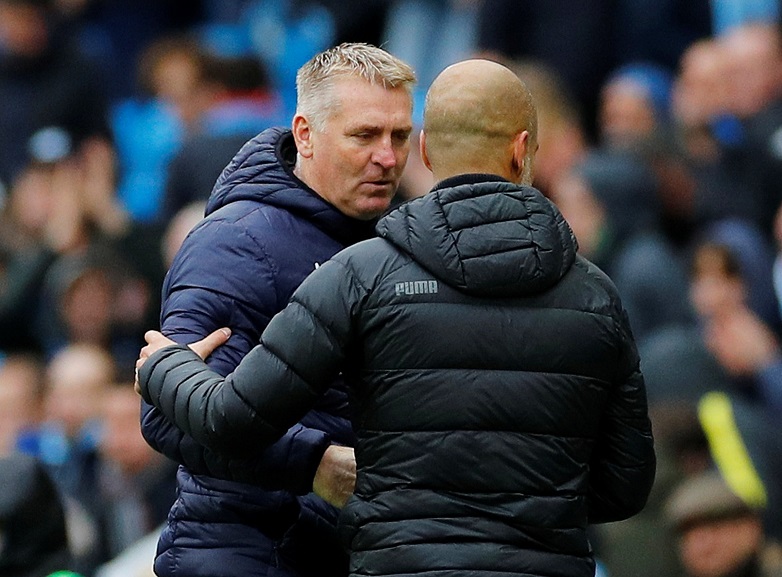 Sunday’s contest pits two mismatched teams against each other at the national stadium, with Villa currently embroiled in a Premier league relegation battle while the Citizens are second in the standings and head into the game on the back of a 2-1 Champions League victory at Real Madrid.

The Villans have failed to win any of the last eight meetings across all competitions against City – conceding 26 goals and scoring just three times in the process – but there have been shocks in the League Cup final before, just ask Birmingham City fans about the 2011 spectacle!

Dean Smith’s men are on a three-game losing run, having gone down to Bournemouth, Tottenham Hotspur and Southampton, and the manager revealed after that dismal defeat to the Saints that some individuals had played themselves out of a starting spot for the final.

It remains to be seen what changes may be made to Villa’s starting XI, but John McGinn will be a definite absentee after the manager confirmed the Scotland international has “been running but won’t quite make it”.

Goalkeeper Tom Heaton and striker Wesley, who both arrived last summer, were ruled out for the rest of the season in January but, apart from those three players, Smith says he has a “fully-fit squad” to choose from.

The Villa boss says he has decided who will be starting in goal, but he refused to reveal whether it would be Orjan Nyland, who has been the club’s cup keeper this season, or January arrival Pepe Reina.

City will be aiming to become the first team to win the League Cup three years in a row since Liverpool achieved the feat in the mid-80s, and the Citizens are on a three-game winning run in all competitions heading into the fixture.

Pep Guardiola’s men pulled off a brilliant victory in Madrid on Wednesday evening, but that win came at a cost as the club have confirmed defender Aymeric Laporte will be out for three weeks to a month after suffering a hamstring injury against Los Blancos.

Germany international Leroy Sane is closing in on a return to first-team action after his knee injury although Sunday’s final comes too soon for him, while the manager will have to decide whether to start Claudio Bravo or Ederson in goal.