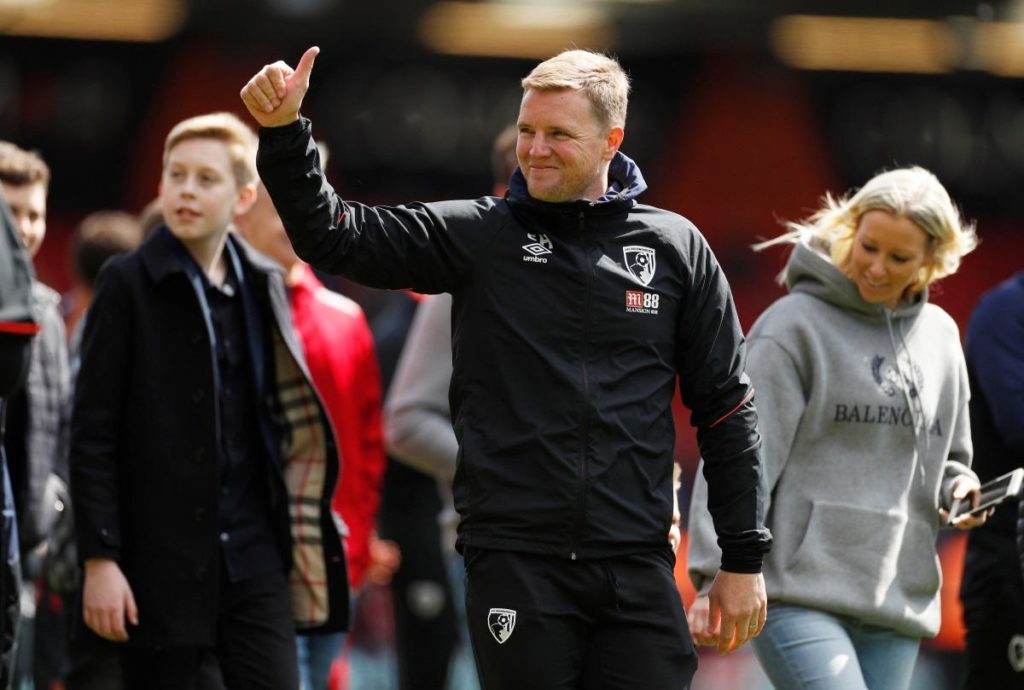 Eddie Howe has no plans to change Bournemouth’s approach to the game and remains convinced they can pull clear of danger.

The Cherries have dropped into the Premier League drop zone ahead of Saturday’s trip to relegation rivals Norwich City.

Bournemouth have picked up just four points from their last 11 games in the league and have lost their last three, failing to score and conceding nine in the process.

Some pundits have suggested a change in tactics is required and Bournemouth need to adopt a more pragmatic approach in order to arrest their slide, but long-serving boss Howe says he won’t be making any drastic changes.

When asked how he feels about criticism over his side’s playing style, Howe told the Daily Echo: “Our style is questioned when we don’t get results.

“But ultimately every year we’ve achieved what we want to achieve, whether that’s promotion or staying in the Premier League, doing it this way.

“To change, for me would need a change of players. Because we don’t have the players with the characteristics to play that style.”

Howe says he is trying to ignore the “outside noise” and feels the key to a resurgence for Bournemouth is “believing in what you do”.

The south coast outfit sit second from bottom in the standings but are only two points adrift of safety ahead of the trip to Carrow Road.

Some clubs in similar positions to Bournemouth may be tempted to splash out in the January transfer window in order to boost their survival hopes but Howe has played down his chances of adding to his options this month.

The 42-year-old feels it will be difficult to land his targets in the mid-season window and says if he does manage to do any deals, loan arrivals are more likely than permanent transfers.