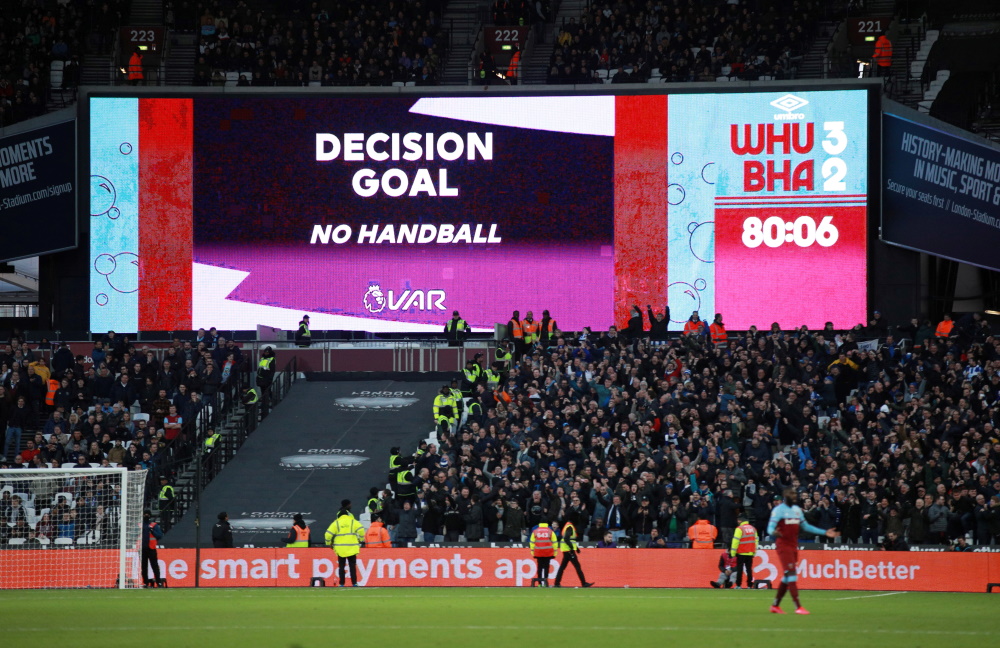 The situation regarding VAR is messy enough as it is without Italy's governing body putting forward the suggestion of introducing managerial challenges.

Premier League fans have only had to put up with the video assistant referee system for six months but in the Italian top flight they have had it in place since the start of the 2017-18 season.

The powers-that-be in Italy have, therefore, had a couple of years to get things right regarding VAR and yet it is still causing issues with managers hitting out at decisions, particularly those involving the offside rule.

Goals being ruled out for minuscule offside calls have quickly become familiar incidents for fans of Premier League clubs with 25 goals ruled out as a result of a player being millimetres beyond the last defender.

Premier League clubs allegedly want to introduce thicker lines to give attackers an extra leeway of 10cm in those situations. This will cause its own myriad of problems and it seems very unlikely the rule-makers will potentially alter one of the fundamental rules of the game.

Like it or lump it, the referee or VAR’s decision is final. However, that doesn’t sit well with the FIGC, Italian football’s governing body, who say they are ready to trial a challenge system and have put the suggestion to FIFA.

This would see teams allowed to challenge the decisions of the officials and review the on-field call.

A challenge system is not unusual in other sports with certain tennis events giving players three challenges per set where they can ask for tight line calls to be checked.

Cricket also has an appeals system in place for teams to challenge an umpire’s decisions via the use of technology.

In America, it is common for teams to be able to question an official’s ruling with NFL coaches handed a red challenge flag they can use three times per half.

Would a similar system work in football? Even with no details on how it would be implemented, it seems unlikely on the surface with VAR already looking at incidents in the background while a match is ongoing before conducting the on-pitch referee if neccessary.

With officials already checking for possible red cards, penalties or offside, what would be the point of a challenge system, other than to confuse matters further?

It would also introduce more delays to a game which suffers badly from the 84-second stoppage interlude the average VAR check takes as it is.

The authority of the referee is already under increased scrutiny as a result of VAR, without giving teams the opportunity to question decisions themselves and would likely prove hugely unpopular amongst officials.

VAR is far from perfect and is need of an overhaul but putting more power into the hands of coaches and managers would put the whole system on a slippery slope.