British sides on the verge of something special in Europa League 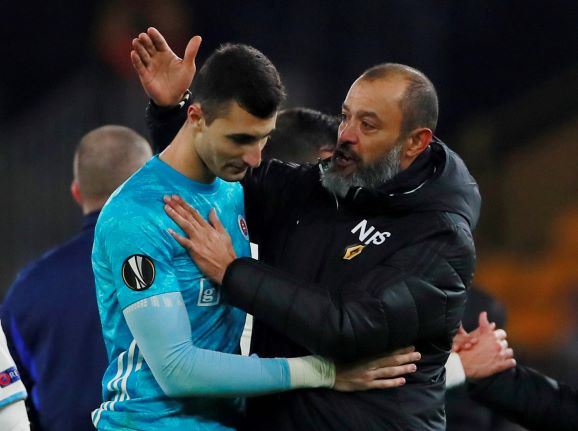 With five teams pushing to reach the last 16 of the Europa League, British clubs have made their mark in the competition already this season.

The increasingly competitive nature of the Premier League and the resurgence of a title battle north of the border in the Scottish Premiership has been a driving force behind the clubs’ success in the Europa League this term.

Starting in Scotland and Steven Gerrard’s Rangers pulled off a remarkable comeback to secure a 3-2 home victory over Braga on Thursday night.

The Light Blues will be without star striker Alfredo Morelos due to suspension for the second leg but Rangers are in a good place to try and secure their spot in the last 16.

Those seeking out a Betfred new customer offer 2020, should note that Rangers have lost just one of their 15 Europa League games this term, when you include the qualify rounds.

What a @EuropaLeague moment at Ibrox. pic.twitter.com/8LQEFy75ug

As for rivals Celtic, they managed to grind out a 1-1 draw away at FC Copenhagen, and will be confident of getting the job down for the return leg in Glasgow.

South of the border, and Wolves have all but secured their progression into the next round after a 4-0 thrashing of Espanyol at Molineux.

Nuno Espirito Santo’s side have enjoyed this competition over the last season and a half and they will fancy themselves not just in the next round but potentially even further in the tournament.

Manchester United were made to work hard in tough conditions in Belgium as the battled hard for a 1-1 draw against Club Brugge.

Ole Gunnar Solksjaer was relieved to get the away goal after going behind and one would expect the Red Devils to get over the line in the second leg at Old Trafford.

Arsenal were the most successful of the British sides on their travels as they earned a 1-0 win on the road at Olympiacos.

Alexandre Lacazette could have scored more than his decisive goal and manager Mikel Arteta will be hoping the squandered chances don’t come back to haunt his side.

Given their defensive improvements of late, the Gunners should be able to see out the second leg.

Given the unpredictable nature of football it might well be the case that one or two of the British teams squander their advantages and drop out before the last-16 stage.

However, chances are there could well be four of all five of the clubs through to the next round, meaning almost a third of the teams in the last 16 will hail from the UK.

If that does happen, it will be a testament to the improvements being felt in both the English and Scottish top flights right now.