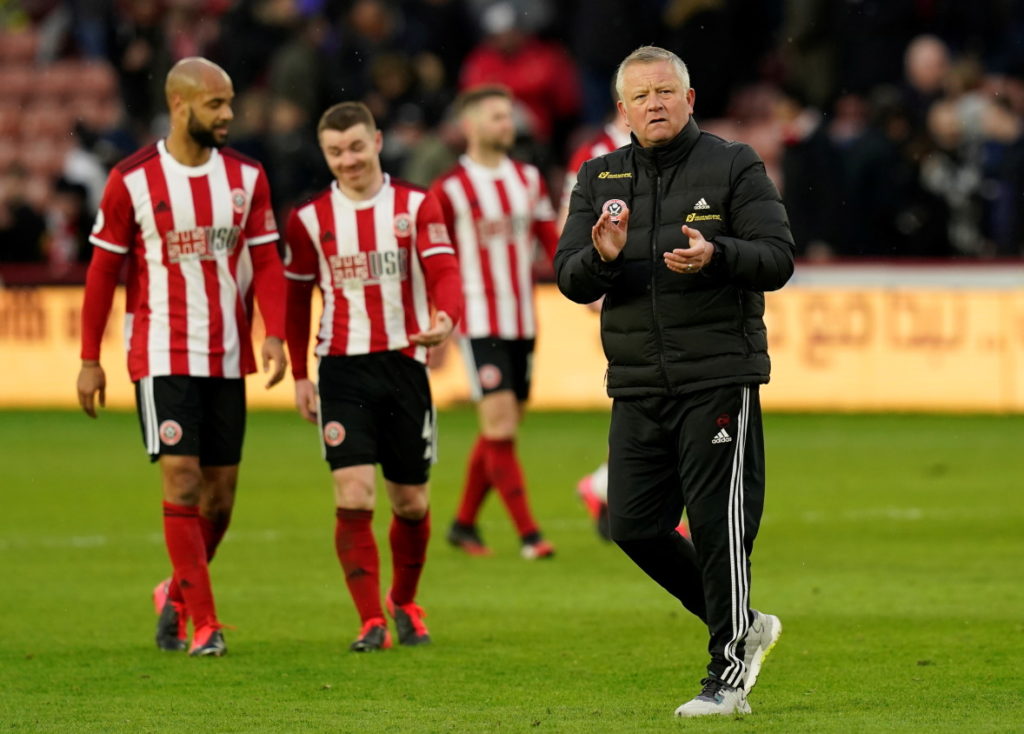 Sheffield United boss Chris Wilder refused to be too disappointed after watching his side held to a 1-1 draw with Brighton on Saturday afternoon.

At the start of the season such a result may have been seen as a point gained, but as they now push for a place in the top four of the Premier League, it had to be viewed as two dropped against a side battling to stay up.

The Blades had to settle for a draw against Brighton on their return to action as hopes of European football next season were dealt a minor reality check at Bramall Lane.

Wilder’s men had spent their winter break in Dubai, while their rivals had failed to stamp any authority on or make any notable headway in their absence in the race for the Champions League spots.

It looked like they were on their way to matching Chelsea’s win against Tottenham earlier in the day when Enda Stevens blasted them in front. However, Neal Maupay, a summer transfer target for the Blades, quickly equalised.

The hosts dominated the second half but were unable to find a winning goal. However, Wilder had nothing but praise for his players after the game and says they could not have given him any more throughout the 90 minutes.

There was a tinge of disappointment with the result, but the Blades stay sixth, level on points with Spurs and four behind Chelsea, and there is still a lot to be positive about.

“I thought we moved the ball around really well and I enjoyed watching my team play,” he said. “I said to the players I was absolutely delighted with what I saw. A draw doesn’t hurt me at all.

“It’s one defeat in 20 or so Premier League matches – taking Liverpool and Manchester City out of it. Consistent performances. It was a good performance after us being away on the winter break.”