Woodgate eager to see Boro pull together in relegation fight 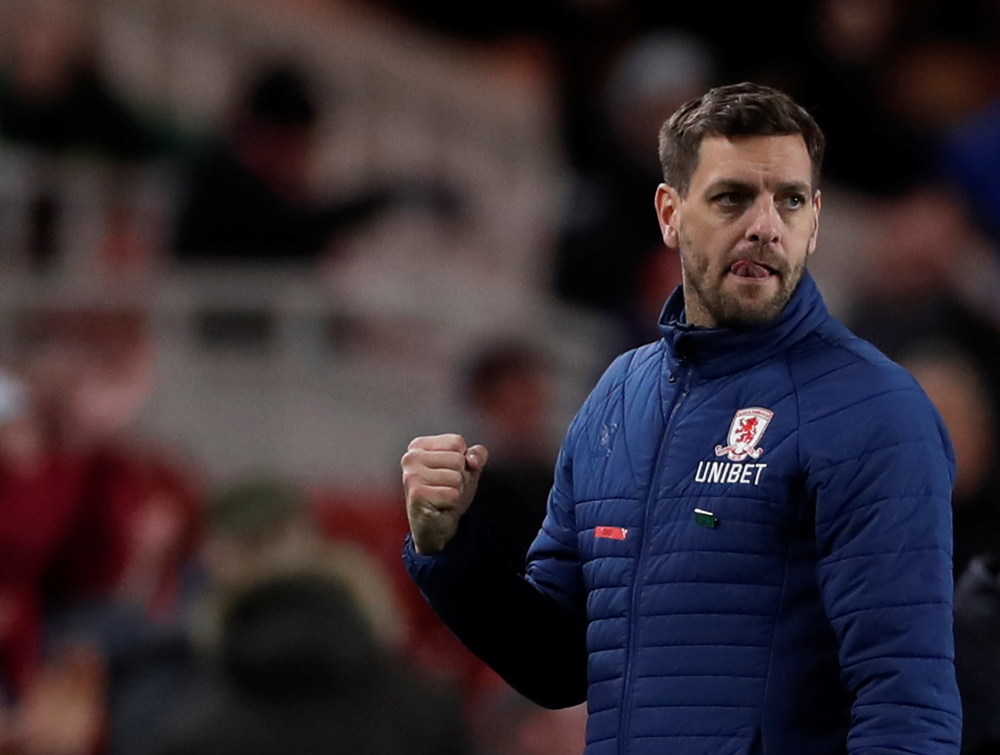 Jonathan Woodgate says everyone at Middlesbrough needs to stick together if the club are going to win their fight to stay up.

The Teessiders missed the chance to get out of the bottom three on Monday night when they were held to a draw by promotion-chasing Nottingham Forest at the Riverside.

Woodgate was left frustrated with the 2-2 scoreline having seen his side get their noses in front thanks to Rudy Gestede and Lewis Wing, only for Lewis Grabban to strike late on to make sure the visitors didn’t leave empty-handed.

Woodgate was adamant Grabban’s equaliser shouldn’t have been allowed due to a foul on goalkeeper Aynsley Pears, feeling the referee had cost his team a precious win.

Boro have managed the joint-fewest number of wins in the Championship this season, picking up maximum points just eight times this term, and their current winless run now stands at 10 matches.

Woodgate has found himself under pressure of late due to Middlesbrough’s struggles but got the backing of his chairman Steve Gibson ahead of kick-off on Monday and the former Boro defender is grateful for Gibson’s vote of confidence.

With 10 games to go in the season, Woodgate has called on the whole club to stick together, admitting they need the fans’ support more so than normal if they are to avoid dropping out of the second-tier.

“All fans will moan about certain situations and I totally understand that, I get what they want,” said Woodgate.

Middlesbrough face a crunch couple of matches in the next few weeks, firstly travelling to Charlton on Saturday to face an Addicks side just a point better off than them in the table.

They then take on Swansea before back-to-back six-pointers against Stoke City and Hull City to round off March.