Home On This Day On This Day: McClaren’s Magpies embarrassed by Everton

On This Day: McClaren’s Magpies embarrassed by Everton 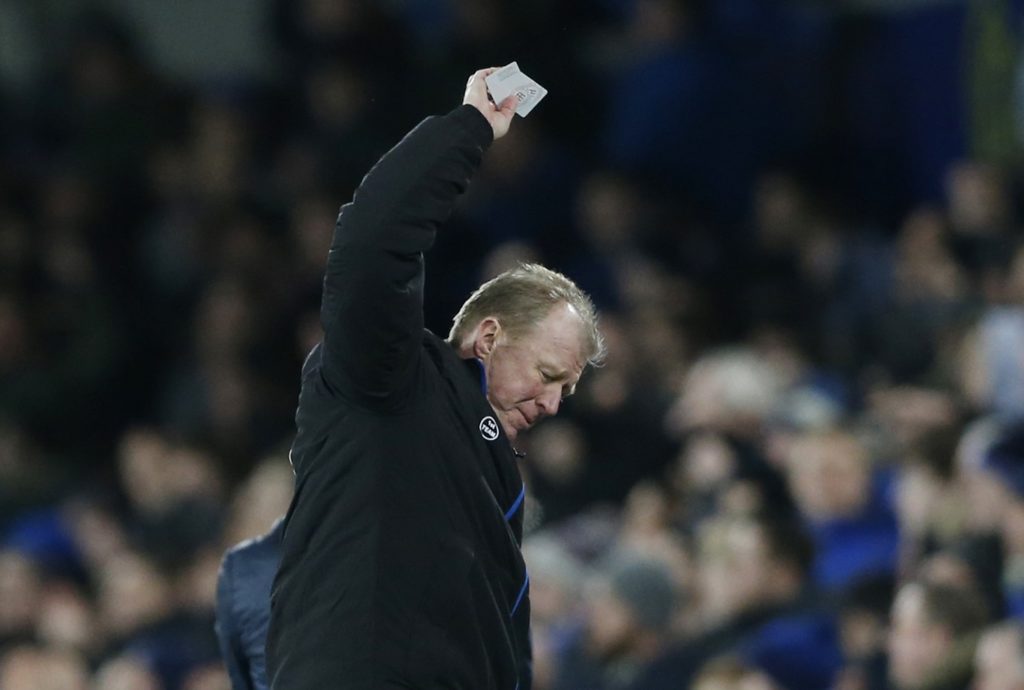 On this day in 2016, Newcastle suffered a 3-0 defeat at Everton which ushered Steve McClaren closer to the St James' Park exit.

McClaren arrived on Tyneside the previous summer. As ever with a new man through the door at the club, he was hailed as a messiah and tipped to transform the club’s fortunes.

Mike Ashley was so confident that the former England coach would succeed that he handed him a three-year deal that could be extended to eight, while he was also appointed to the board.

The signs were good when he signed a raft of talented youngsters in Georginio Wijnaldum, Aleksandar Mitrovic, Chancel Mbemba and Florian Thauvin but the honeymoon period hardly got going as he won just two of his seven pre-season games.

That poor form was carried into the 2015-16 campaign when the Magpies failed to win any of their first eight matches before sealing a 6-2 home win over Norwich on October 18.

Their inconsistency continued, losing 3-0 at Sunderland and 5-1 at Crystal Palace but somehow beating both Liverpool and Tottenham.

Even so, the 58-year-old knew he needed reinforcements in January and Jonjo Shelvey, Andros Townsend and Henri Saivet were signed for a combined £30million.

The trip to Goodison Park was seen as a crossroads. Win and the only way was up. Lose and they were staring into the abyss.

All three recent arrivals were included in the starting line-up but like so often before, the Magpies lacked any real penetration.

Fortune was hardly on their side either, losing Mbemba to injury just before the break and his replacement Jamall Lascelles would be sent off later in the game, presented with his marching orders after tripping Ross Barkley in the box.

That was the England midfielder’s second penalty, netting on 88 and 94 minutes, but the truth is, Everton had been on top throughout.

Aaron Lennon had earlier given the Toffees the lead with a low strike after 23 minutes and it was he who was fouled for the first of his team’s two spot-kicks.

Everton had come into the game lacking confidence having not won since their 1-0 Boxing Day success at St James’ Park. As a result, the Goodison Park crowd carried an air of anxiety having seen their side blow leads in three of their five league matches before this one.

They needn’t have worried as the Merseysiders cruised to a 3-0 win to leave Newcastle 18th in the table.

The result on February 3, 2016, also made it nine games without a clean sheet for the Magpies and despite that running end the following weekend with 1-0 win over West Brom, the writing was on the wall.

Even so, it took the board more than a month to sack McClaren having won just six of his 28 Premier League games and appointed Rafael Benitez.

Benitez struggled in his first four games but his team went unbeaten in the final six matches of the season.

That wasn’t enough to stay up but the Spaniard won promotion in his sole year in the Championship and did what McClaren couldn’t. The former FC Twente and Wolfsburg boss took over a team who had avoided relegation despite having the second-worst defence in the Premier League.

While the Yorkshireman’s quest to make the Magpies exciting was commendable, it transpired to be folly and it proved too late, even for someone of Benitez’s acumen.

Losing at Everton should have been the turning point for the Tyneside hierarchy and maybe, just maybe, they would have stayed up if they had listened to the fans and sacked the coach after this defeat.