Home On This Day On This Day: United stage incredible European comeback 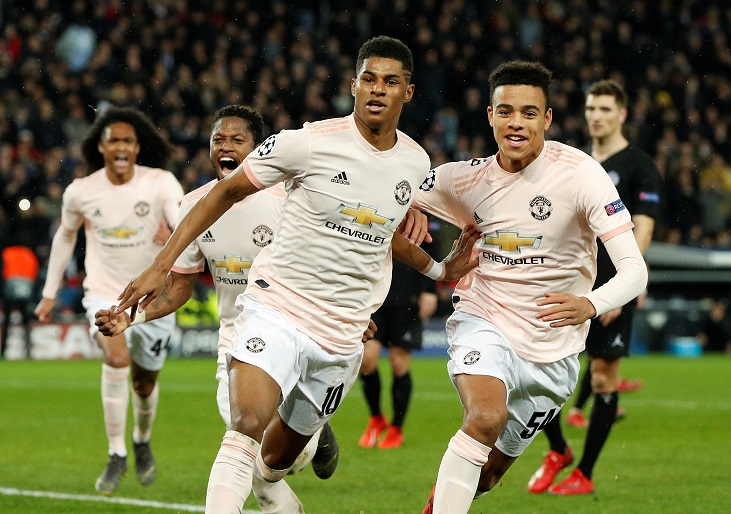 Manchester United created another bit of European history 12 months ago when they edged past Paris Saint-Germain in the last 16 of the Champions League.

United’s hopes of reaching the quarter-final stage looked bleak after French champions PSG recorded a 2-0 victory at Old Trafford in the first leg, with Presnel Kimpembe and Kylian Mbappe on the scoresheet.

To make matters worse, Jesse Lingard and Anthony Martial both picked up injuries, while midfielder Paul Pogba was sent off after receiving two yellow cards, ruling him out of the second leg.

After the match, Ole Gunnar Solskjaer, who was only interim boss at that time, was told by a reporter that his side had a mountain to climb, to which the Norwegian responded: “Mountains are there to be climbed”.

The Red Devils travelled to the Parc des Princes knowing they required a comeback reminiscent of the one that saw the club win the Champions League in 1999, when Solskjaer and Teddy Sheringham scored in stoppage-time to defeat Bayern Munich 2-1 in the final.

United got off to the perfect start when Belgium international Romelu Lukaku scored with just two minutes on the clock, sliding the ball into the back of the net after rounding veteran goalkeeper Gianluigi Buffon.

However, just 10 minutes later, PSG were back on level terms on the night when Juan Bernat turned home from close range when unmarked at the far post, putting the hosts 3-1 ahead on aggregate.

The Red Devils refused to give up and Lukaku got his second on the half-hour mark, with the striker reacting quickest when Buffon spilled Marcus Rashford’s long-range shot back into the danger area.

It looked like PSG would see out the game and advance into the quarter-finals, but in a hugely controversial moment United were handed a glorious opportunity to progress.

With the game ticking into the 90th minute, Diogo Dalot had a shot from around 25 yards out that struck the arm of the jumping defender Kimpembe, who had turned his back when attempting to block the effort.

After VAR had looked at the incident and asked referee Damir Skomina to check the monitor on the side of the pitch, the official decided to award the penalty, which Rashford dispatched with aplomb.

The tie ended 3-3, sending the Red Devils through on away goals, as United became the first team in Champions League and European Cup history to overcome a 2-0 or greater home first-leg deficit.