Arteta influence can make me a top player – Nelson 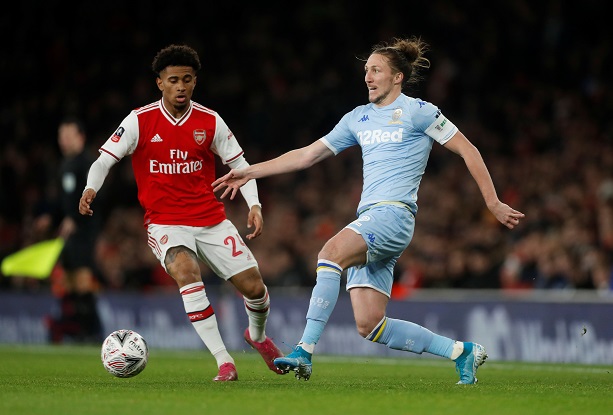 Arsenal's Reiss Nelson says Mikel Arteta's proven track record of bringing the best out of young players will help him take his game to the next level.

The Spaniard was hired to replace Unai Emery partly based on his success transforming the careers of a couple of youngsters at Manchester City, and it was hoped he’d have the same effect on several of Arsenal’s academy graduates.

The 37-year-old is widely credited with aiding Raheem Sterling’s career at City, while he is also understood to have played a big role in the development of Leroy Sane.

Both Sane and Sterling are now regarded as two of the Premier League’s top young forwards, and Nelson is hoping Arteta can work his magic on him.

Having been handed his debut by Arsene Wenger in 2017, Nelson has found it tough to establish himself in the senior squad and was sent out on loan to German side Hoffenheim last season.

Arteta’s predecessor Unai Emery gave Nelson a handful of opportunities at the start of the season but the competition for places among Arsenal’s frontline is fierce, and that remains the case with Gabriel Martinelli recently making a big impact on the side.

Nelson is known to Arteta from his playing days at the Emirates Stadium though and it looked like he had planned to increase his involvement in the first-team, only for a hamstring injury to limit the England Under-21 international’s game time.

Arteta on Nelson: “I know Reiss because I coached him when he was 16 & straightaway he caught my eye. He is a boy thats willing to learn & loves the game but I think he’s been a bit confused in the last few years – what direction he had to take, some of the decisions he made” pic.twitter.com/oQRgXOwdnl

Nelson says he was happy to see Arteta return to the club having enjoyed working with him when coming through the youth ranks at Arsenal and is relishing being taken under the former midfielder’s wing.

The Southwark-born youngster is aiming high in terms of where Arteta can take his career but firstly wants to establish himself in the Gunners’ first-team.

“It is crazy because you look at Sterling and Sane and you see them before at their previous teams, they weren’t doing what they do now,” he told the Evening Standard.

“I think that is credit to Pep, of course, but Mikel as well because they said he did a lot of one-to-one work with them.

“You can see it because Mikel’s drive is different. I haven’t seen a manager with that much determination to make individuals into better players. I have all my belief in Mikel and I think he is going to make me into a top player.”

Arteta seems prepared to give the youngsters a chance at Arsenal with Nelson amongst a group featuring Martinelli, Joe Willock, Eddie Nketiah and Bukayo Saka that look set to get regular game time between now and the end of the season.