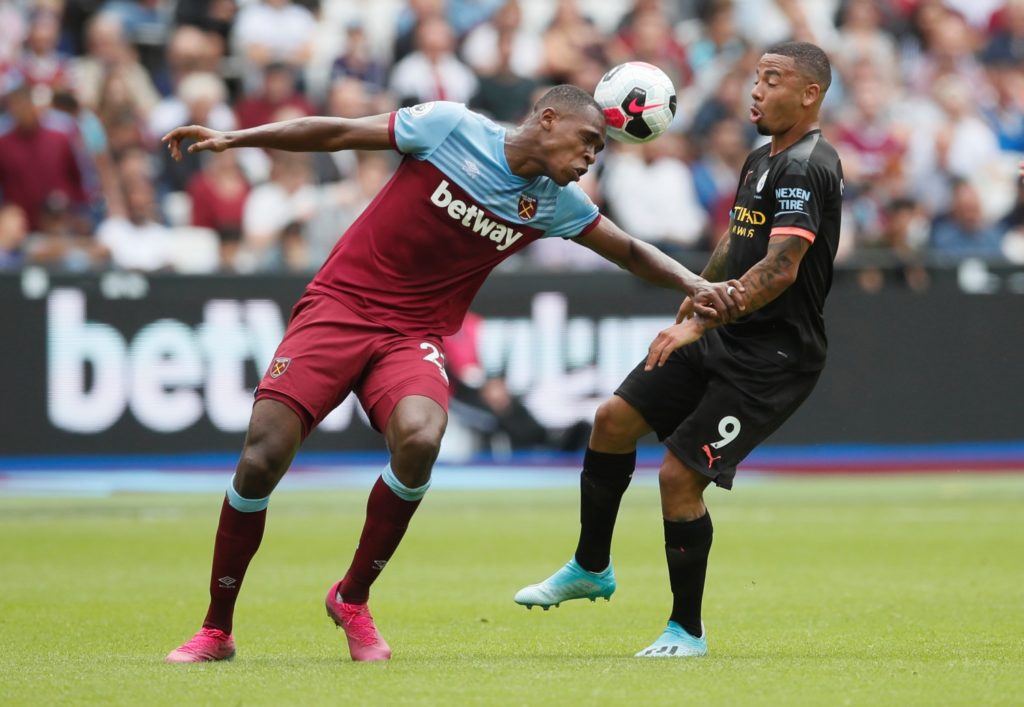 Arsenal are being linked with a swoop for West Ham United defender Issa Diop when the transfer window opens again in the summer.

Strengthening the Gunners defence is very high on Mikel Arteta’s priority list at the end of the season, whenever that may be, and Diop is being mentioned as a possible target.

The Hammers have had another difficult campaign and face a battle to beat the drop when Premier League action resumes, but Diop has been one shining light.

The Frenchman has impressed in the heart of the Hammers defence after being snapped up from Toulouse back in the summer of 2018 and his performances have not gone unnoticed.

Manchester United have also been heavily linked in the past and now it looks as though the Gunners will also make a move during the close season.

If West Ham were to be relegated they would find it very hard to keep the 23-year-old, who will be determined to stay in the Premier League and would probably push for a move away.

The Hammers are in a strong position considering the player still has three years to run on his current deal and they would be under no pressure to accept the first offer.

The powers that be at the London Stadium have issued hands-off warnings in the past and are likely to do the same again if asked about the potential of Diop moving on.

West Ham paid £22.5million for Diop and they would be looking for at least double that amount if they did decide to cash in at some point.

Arsenal will have new signing William Saliba available to them for the first time next season so Arteta could have a new-look central defensive partnership if he gets his way.

Saliba signed last summer but stayed with Saint-Etienne on loan and has thrived in Ligue 1 this season.