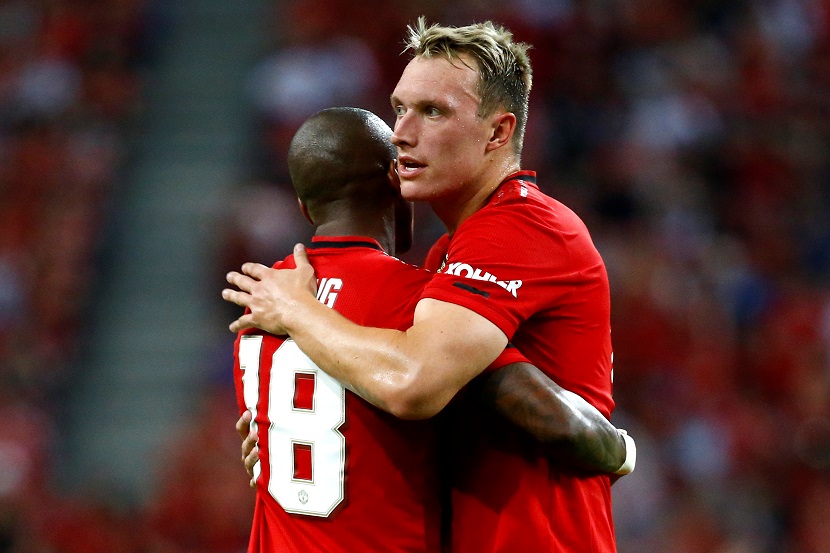 Newcastle United are reported to be weighing up a move for Manchester United defender Phil Jones at the end of the season.

Magpies boss Steve Bruce will be looking to make a number of changes to his squad during the summer transfer window, and defence is an area that he will need to bolster.

Reports are rife suggesting he is a big fan of Jones and will look to get him on board at the earliest opportunity by striking a deal with the Reds.

The 28-year-old joined Manchester United from Blackburn Rovers back in 2011 and has gone on to make 224 appearances for the club during that time.

However he is out of favour at Old Trafford these days and with Manchester United boss Ole Gunnar Solskjaer planning his own spending spree this summer, Jones is likely to slip even further down the pecking order.

Harry Maguire, Victor Lindelof and Eric Bailly are all ahead of him at the moment and his chances of playing first-team football with United, are unlikely to improve moving forward.

What do you make of Phil Jones' time at the club? 🤔🇾🇪 #MUFC pic.twitter.com/e0orWrZMnr

In fact he has made just two Premier League appearances this season, so the writing is on the wall for him.

But there are no shortage of admirers and Jones should have no problems getting fixed up with a new club. As well as Newcastle, West Ham United are also said to be in the hunt and will provide strong competition for his services.

Jones is under contract until 2023 but he is unlikely to see that out. It puts Manchester United in a strong position though and they will not let him go on the cheap.

They will not stand in his way either and it is thought a figure of £12million will be enough to strike a deal. Jones will be keen on a fresh start and would no doubt be tempted by a move to St James’ Park or the London Stadium.