Saliba must be ‘horrible’ for Arsenal – Campbell 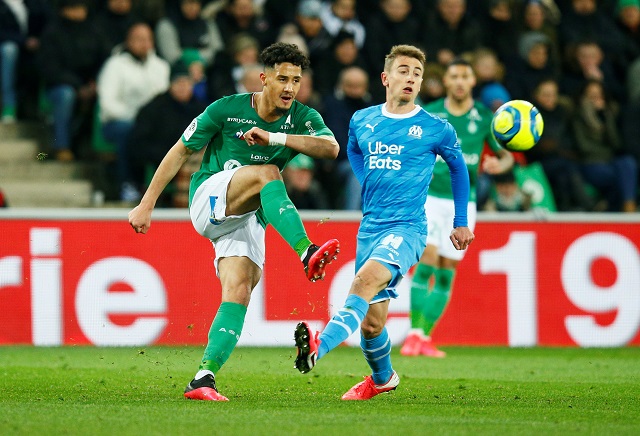 Former Arsenal forward Kevin Campbell says defender William Saliba needs to bring aggression to the Gunners’ backline when he joins in the summer.

The young Frenchman was signed by Arsenal last summer from French Ligue 1 side St Etienne for a fee in the region of £27million and was widely earmarked as a potential star of the future.

However, he was allowed to return to France on a season-long loan deal in order to further boost his experience.

After impressing while back with Les Verts, the 18-year-old, who has won caps at youth level up to Under-20 level, is set to play a role for the Gunners next season.

It is thought that boss Mikel Arteta wants to shift the emphasis more on defenders who are strong and powerful as opposed to ones who are good in possession and is hoping to join up the two in an ideal world.

Arsenal have struggled in defence for a long time now, stretching back to the mid-way point of Arsene Wenger’s time in charge of the club.

And, Campbell says the current defence must be changed dramatically if Arsenal want to challenge near the top of the Premier League next season.

“Saliba’s coming in, fantastic, we want Saliba in there,” the 50-year-old said. “We want someone horrible at the back, probably another centre-half in there. Rob Holding, we’ve not heard about him, he’s another one that will be tested.

“We had it, but we haven’t got it anymore, and it’s going to have to be a ruthless streak, that’s why I say rip it up and start again.”

Arsenal have had a very disappointing season thus far with the three-time Premier League winners languishing in ninth place in the league.

They sacked Unai Emery in November and replaced him with their former midfielder Arteta, who served as an assistant coach under Pep Guardiola at Manchester City.

Results have improved slightly but their Europa League exit after a defeat by Olympiakos showed there is still an awful lot of work to do for the Spaniard.