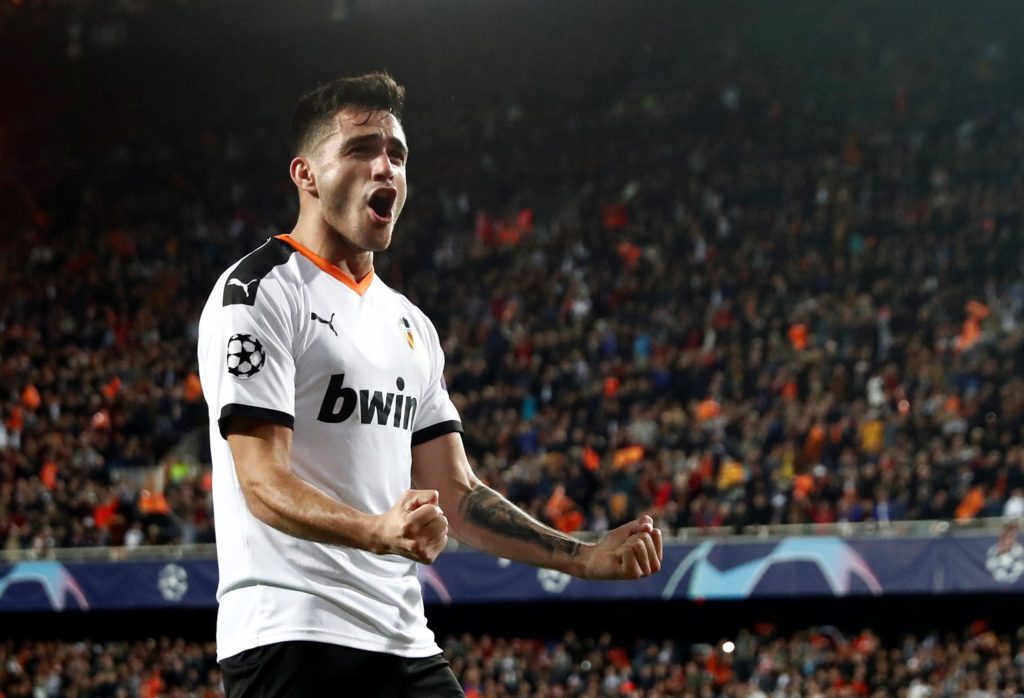 Reports claim Arsenal head coach Mikel Arteta is a big admirer of Valencia midfielder Carlos Soler and a move could be on the cards this summer.

Arteta took the reins at Arsenal on December 20 after Unai Emery had been relieved of his duties but he didn’t make any permanent signings in January.

The Spaniard drafted in Pablo Mari and Cedric Soares on-loan from Flamengo and Southampton respectively.

Reports suggest Mari could be added to the squad on a permanent basis this summer, while Cedric is set to be a free agent and could also be handed a long-term deal.

Arsenal have certainly improved since Arteta returned to north London and his summer business could depend largely on how they finish the campaign.

They sit just five points shy of fifth-placed Manchester United after enjoying an eight-game unbeaten streak and could still secure a spot in the Champions League.

Arteta is overloaded with options in attack but could certainly do with reinforcements in midfield and defence to further boost their chances of competing at the top end of the table in the future.

It appears that the former Manchester City assistant is already plotting some potential business to strengthen in the middle of the park.

He is set to be a man light when Real Madrid loanee Dani Ceballos returns to his parent club and reports suggest he is eyeing Soler as a replacement.

The 23-year-old is a graduate of Valencia’s academy and has made 105 La Liga appearances for his hometown club.

He also boasts European experience, featuring 11 times in the Champions League, and has netted 17 goals across all competitions.

Soler is highly-regarded by the hierarchy at the Mestalla and he was handed a new contract, which runs until 2023, in December,

However, reports in Spain suggest Valencia are cash-strapped and must raise over £36million in player sales to balance the books before June 30.

That opens the door for Arsenal to swoop for the former Spain under-21 international when the summer window comes into effect.