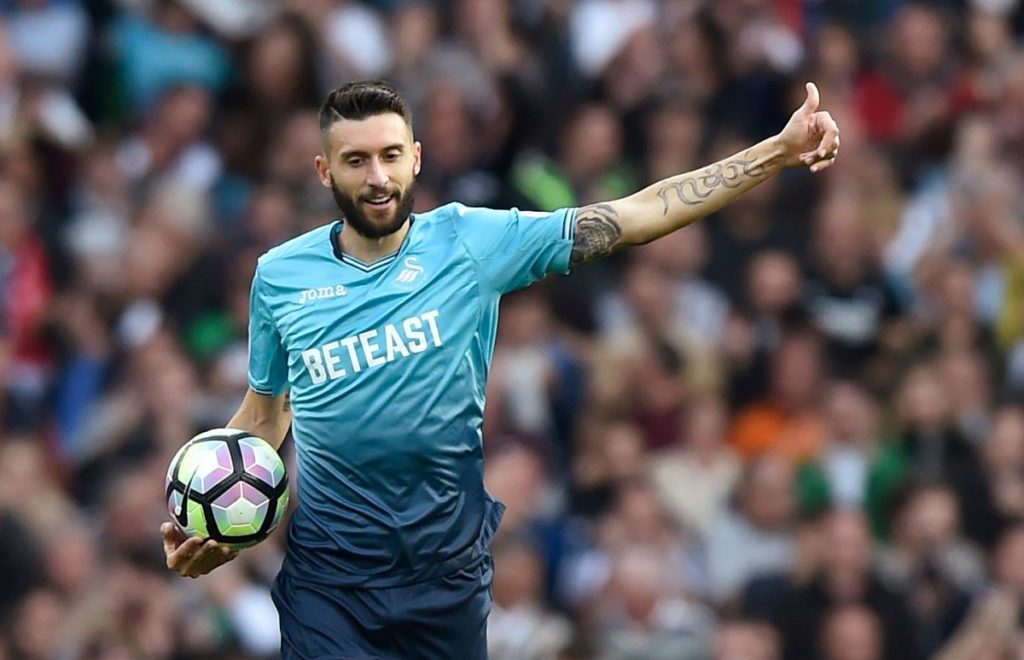 Aston Villa new boy Borja Baston is excited to have been handed another chance in the Premier League following his deadline-day switch from Swansea.

Spanish forward Baston has moved to Villa Park on a free transfer, as Swansea were keen to get him off their books due to his high wages.

Baston originally joined Swansea in a club-record £15.5million deal back in 2016, but he struggled to settle during his first few years at the Liberty Stadium and spent time on loan back in Spain with both Malaga and Alaves.

The 27-year-old returned to the Swans’ fold this summer and featured 20 times over the first half of the season, scoring six goals, although the last of those came against Reading in September.

However, the former Spanish youth international previously worked alongside Villa’s sporting director Suso at Atletico Madrid and he appears to have played a significant role in his move to the second city.

Baston has signed a contract that runs until the end of the season and he is delighted to have been handed his chance in the top-flight once again, having only scored once during his previous stint in the Premier League.

“I am so excited to play for Aston Villa, it’s a big club, it’s an honour for me,” Baston told Villa TV.

“I can’t wait to get started, I’m really excited. I want to meet my new team-mates and the manager. I’m ready to play and start training with the team”

The Madrid-born forward will rival fellow new recruit Mbwana Samatta and youngster Keinan Davis for a place in Dean Smith’s starting XI, although he will have to wait for his debut, as he was not signed in time to feature at Bournemouth on Saturday.

The front man’s debut is instead likely to come when Tottenham visit Villa Park on February 16.