Smith expecting Baston to prove himself at Villa 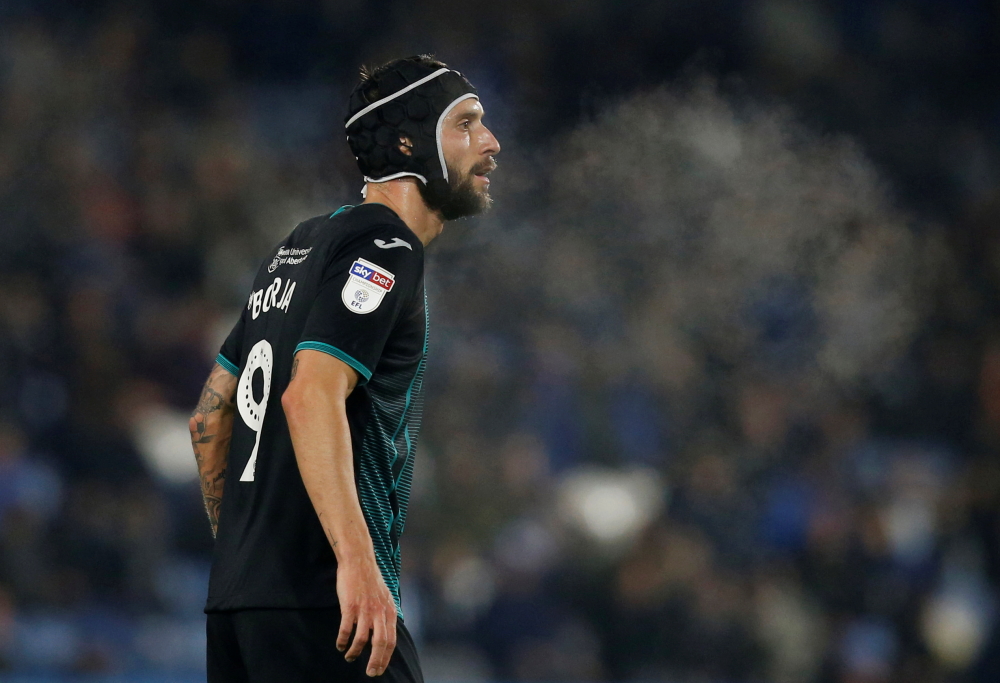 Dean Smith believes Borja Baston's hunger to succeed and determination to silence the doubters will help to make him a success at Aston Villa.

The Villans shocked many fans by swooping to sign Baston on a free transfer on deadline day last month following an extensive search for attacking reinforcements.

Smith had made it his priority to improve his frontline during the January window after losing Wesley to a season-ending knee injury.

Having brought in Mbwana Samatta from Genk, the club conducted a wide-reaching mission to bring in another forward which eventually brought them to the door of Swansea City.

The Welsh outfit broke their transfer record to sign the Spaniard from Atletico Madrid in the summer of 2016 but he struggled to settle at the Liberty Stadium.

Having struggled in his first season with the Swans, the 27-year-old was sent out on loan to Malaga and Alaves but again found the going tough, netting seven goals in total for the Spanish duo.

He was given a fresh start by new Swansea coach Steve Cooper at the start of this season and impressed initially, netting five goals in the opening five Championship games before slipping down the pecking order.

Swansea were happy to let him leave on a free transfer in January due to his hefty wages and Smith is happy Villa have taken a chance on the striker.

I am so excited to play for @AVFCOfficial. Proud to be part of this historic club. Good luck in today’s game #AVFC pic.twitter.com/6UI8rsxjW9

The Villans boss is confident the new boy can put his troubles behind him and finally make a success of his career in the United Kingdom.

When asked about the signing of Baston, Smith said: “I told everyone I wanted to get another striker and we’ve brought in Borja who, for me, will be someone who’s really hungry who’ll want to go and prove himself and that’s the type of player we want at the football club – hungry people who want to go on and challenge.”

Baston could be thrust straight into the first-team set-up as a result of a lack of options up front for Villa.

It is understood Keinan Davis, who has only just returned to the first-team squad after three months out with a hamstring issue, suffered a setback when playing for the Under-23s against West Brom on Monday.

The injury to Davis means Samatta and his fellow newbie are the only two senior strikers available to Smith heading into their next Premier League game against Tottenham on February 16.