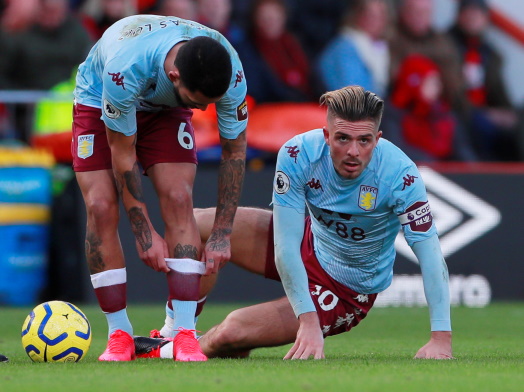 Aston Villa midfielder Jack Grealish is reported to favour a move to Manchester United, following reports he will be on the move during the summer window.

Grealish is having an outstanding season for Villa and his form has caught the eye of a number of top clubs, both at home and abroad, who are ready to make a move at the end of the season.

Villa will fight to keep hold of their star midfielder, but doing so will be easier said than done, even if they do manage to win their battle to stay in the Premier League this season.

The money on offer, and Grealish’s desire to take the next step in his career, is likely to result in a move away from Villa Park, and United would appear to be in the box seat.

Grealish is just the kind of player that United boss Ole Gunnar Solskjaer’s wants as he continues to rebuild his squad at Old Trafford, and reports are claiming that an offer of £140million will be made.

The 24-year-old has his best years ahead of him and United believe it will be money well spent if he goes on to flourish in the way everyone expects him too.

However the Reds will face strong competition for his services if Villa do back down and decide to cash in.

Reports in the Sunday press suggest that Manchester City boss Pep Guardiola is determined to get him on board as he looks to revamp his squad with a view to closing the gap on Liverpool next season.

Not only that, Spanish giants Real Madrid and Barcelona are also said to have been alerted by his form and will enter the bidding for the player’s signature.

Grealish is happy at Villa and will not kick up a fuss and ask to leave, but it is also claimed that if he does move, he would prefer a switch to United, putting the Reds in pole position to do a deal.