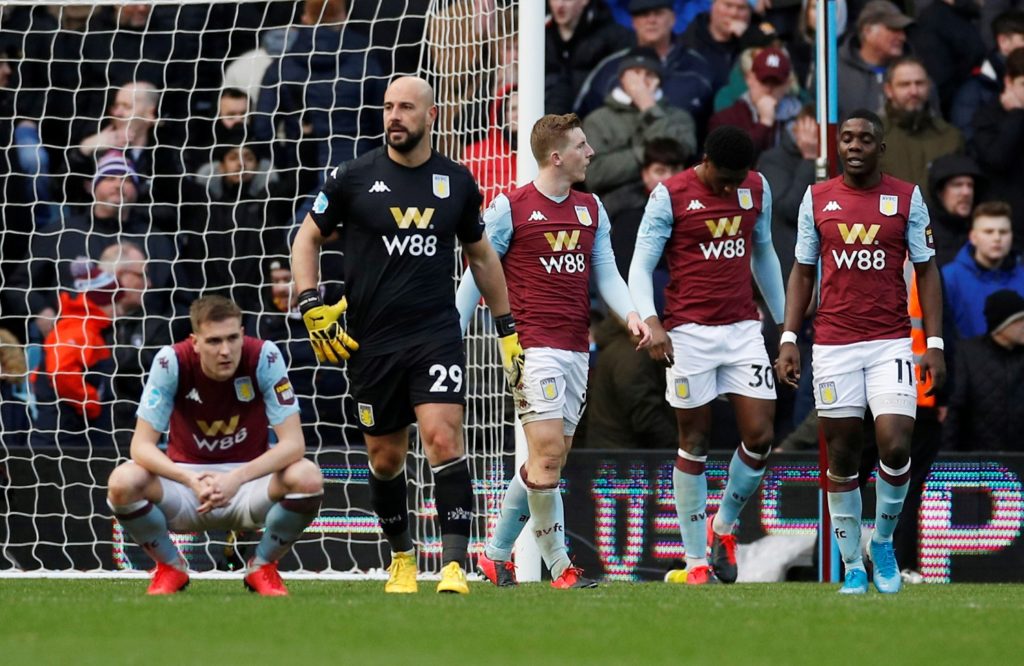 Aston Villa defender Ezri Konsa says it would be wrong to pin the blame for Sunday's 3-2 defeat to Tottenham solely on Bjorn Engels' error.

Konsa and co showed up well against a Spurs side chasing a third straight away win, going ahead through Toby Alderweireld’s early own goal before coming back to make it 2-2 through an Engels equaliser.

Few neutrals would have begrudged the Villans a point but they were left heartbroken in stoppage time when the Belgian defender miscued an attempted clearance, allowing Son Heung-min to race in behind and net a stoppage time winner.

Engels was included in the side following an injury to Tyrone Mings and had impressed to that point. The former Reims man has had to be patient in recent weeks but he looked sharp on Sunday, organising those in and around him.

The result ended a run of two straight home victories in all competitions for Dean Smith’s men, and left them perilously perched above the drop zone.

Villa sit 17th in the table, a point above West Ham and face a brutal run of games. Southampton are next up before the EFL Cup final against Manchester City and they also face Leicester, Chelsea, Wolverhampton Wanderers, Liverpool and Manchester United before the end of April.

Having a fit and firing Mings back will certainly help their cause but Konsa says it would be unfair to single out his understudy Engels for criticism.

The 22-year-old admits errors are part and parcel of football and has vowed to ensure he and his team-mates help their colleague recover by getting behind him.

“Everyone makes mistakes in football, it’s just about how you react, but he [Bjorn Engels] knows it himself because he’s experienced,” he told Villa TV.

“We’re all close in the changing room so we all put our arm around him.”