Howe urges Bournemouth to kick on after huge win 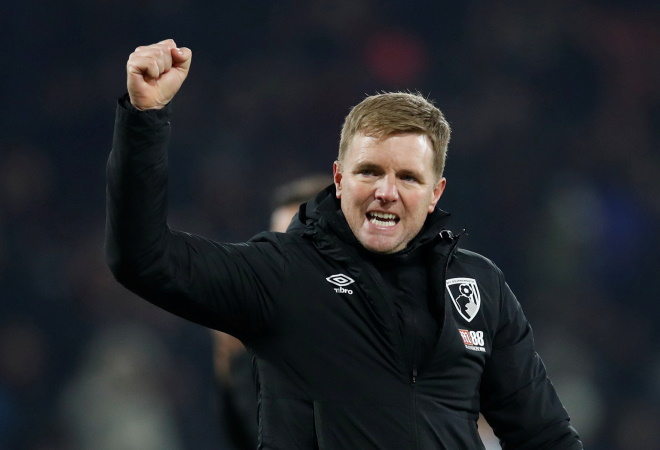 Eddie Howe saluted a huge win for Bournemouth and says it is now important his side kick on and build on a crucial three points.

The Cherries eased some of the pressure on their manager with a crucial 3-1 victory over Brighton, and speaking after the game, Howe admitted he is “desperate” to keep them in the Premier League this season

Bournemouth’s woeful recent form, 10 defeats from 12 matches, has raised questions about Howe’s future for the first time in his 11 years in the dugout.

But strikes from Harry Wilson and Callum Wilson, either side of a Pascal Gross own goal, secured a much-needed win to lift them to 18th, level on points with West Ham and safety.

It was a victory which also illustrated that the players are still playing for the manager who guided the club all the way up from League Two.

Howe says everyone concerned with the club knew how big the game was heading into it, and was delighted with the way they handled the pressure.

The Cherries boss says he is not looking at the table, and as long as they kick on and pick up wins, they will be okay.

“Tonight was a real positive but we have to try to win our next game. It’s been a difficult period but it’s what you’re in it for, the highs and the lows,” Howe said. “Don’t get me wrong, you hate the lows. But we’re desperate to retainour Premier League status, desperate to stay here.”

The hosts recovered from a nervous start and were energised by Wilson’s deflected 36th-minute strike. Five minutes later Gross, under pressure from Callum Wilson on the goal line, turned a corner into his own net.

In the second half Callum Wilson rounded Matt Ryan for his first goal since September. Aaron Mooy eventually pulled one back when his shot flew in off the far post, but Howe’s men held on.