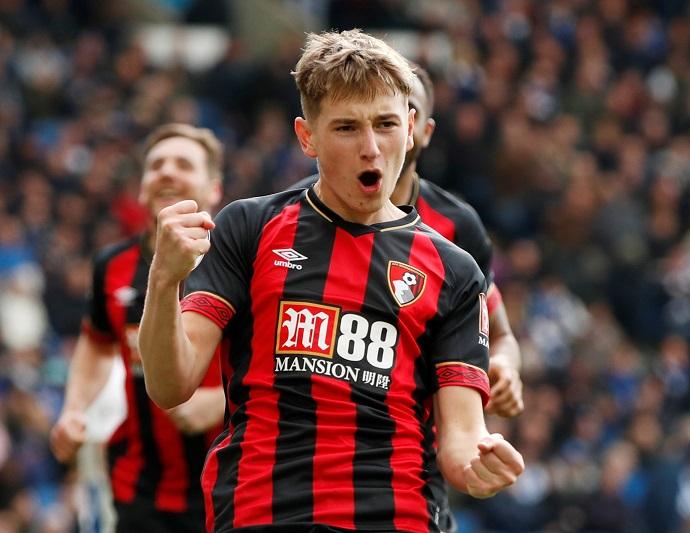 Bournemouth boss Eddie Howe is hopeful he will be able to call on the influential David Brooks in the near future as he fights back from injury.

The Cherries boss has been without a host of top stars this season and, while he will not use that as an excuse for the team’s poor form, which saw them drop into the bottom three at one point, their return to the side will be a massive boost.

Nathan Ake has just returned, as has Ryan Fraser, and soon it will be the turn of Wales international Brooks, who has been kept out of the team all season due to an ankle injury picked up in pre-season against Brentford.

Brooks has undergone two operations and there now appears to be light at the end of the tunnel after Howe revealed he is on the final part of his journey back to fitness.

“It’s not always been plain sailing for him, he’s had various different feelings and sensations in his ankle, it hasn’t been a 100 per cent smooth process and that’s all the way through.”

Howe will be hoping the £10m signing from Sheffield United, and any other injured stars like Chris Mepham, will be back to full fitness for the vital games to come as they look to pull away from the danger area in the table although he refuses to put a timeframe on his return.

Getting stronger day by day 😁💪🏻 pic.twitter.com/mRb09bcv5m

“I’m reluctant to put a date or a timescale on it because it’s been too bumpy a road really to do that now, but let’s see,” added Howe.