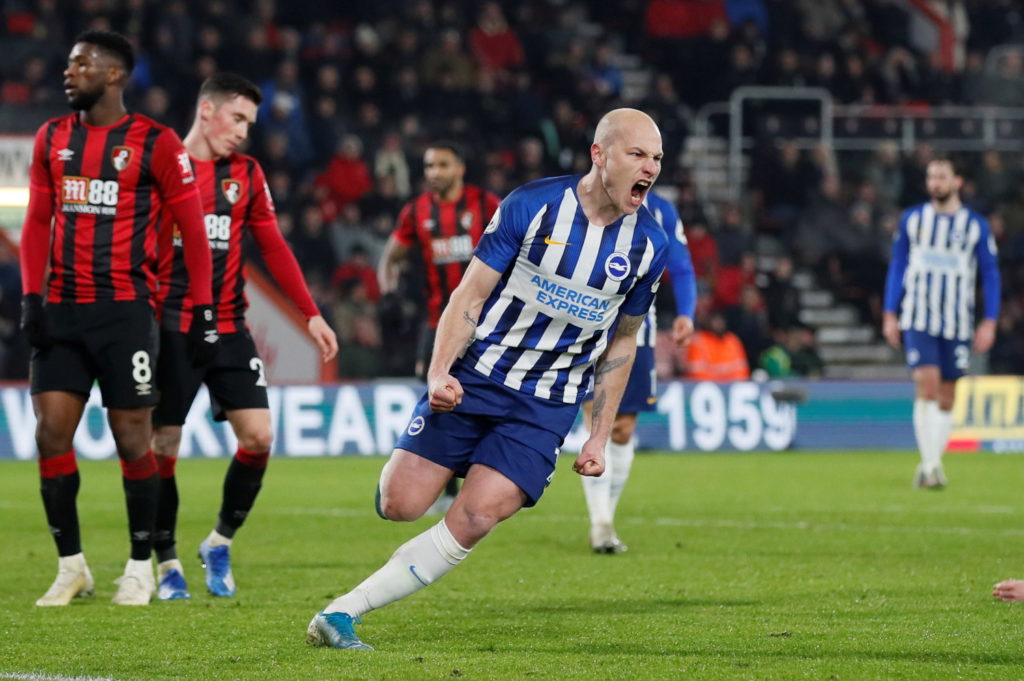 Graham Potter has described Aaron Mooy as an "excellent addition" after he joined Brighton on a permanent three-and-a-half year deal from Huddersfield.

The 29-year-old Australia international midfielder has signed a contract at the Amex Stadium, after impressing during an initial loan spell during the first half of the season.

Head coach Potter said: “We are delighted to have agreed a permanent deal with Aaron and Huddersfield. He’s been an important player for us and will have a key part to play going forward.

“We knew what Aaron would bring, and he’s proved to be an excellent addition to our squad and a great professional both on and off the pitch.”

Mooy spent time at St Mirren and Manchester City before joining Huddersfield in 2016.

He scored 11 goals in 119 appearances for the Terriers and played a huge part in helping the West Yorkshire outfit win promotion to the Premier League via the Championship play-offs in 2017.

Mooy’s four goals in 34 appearances helped ensure Town avoided relegation in the 2017-18 season, but their drop back into the Championship at the end of last term paved the way for the Seagulls to swoop.

Mooy, who has also scored six goals in 43 caps for the Socceroos, has since made 18 appearances for Brighton, 15 of them being Premier League starts, and scored two goals.

He revealed that goalkeeper and fellow compatriot Maty Ryan played a key role in persuading him to move down to the south coast and he is glad he listened to the goalkeeper’s advice.

Speaking about his undisclosed permanent transfer, he added on the club’s website: “You have a new manager, team-mates and a new environment to adapt to, but it’s been really good. I like the way we play and it’s enjoyable to be a part of.”