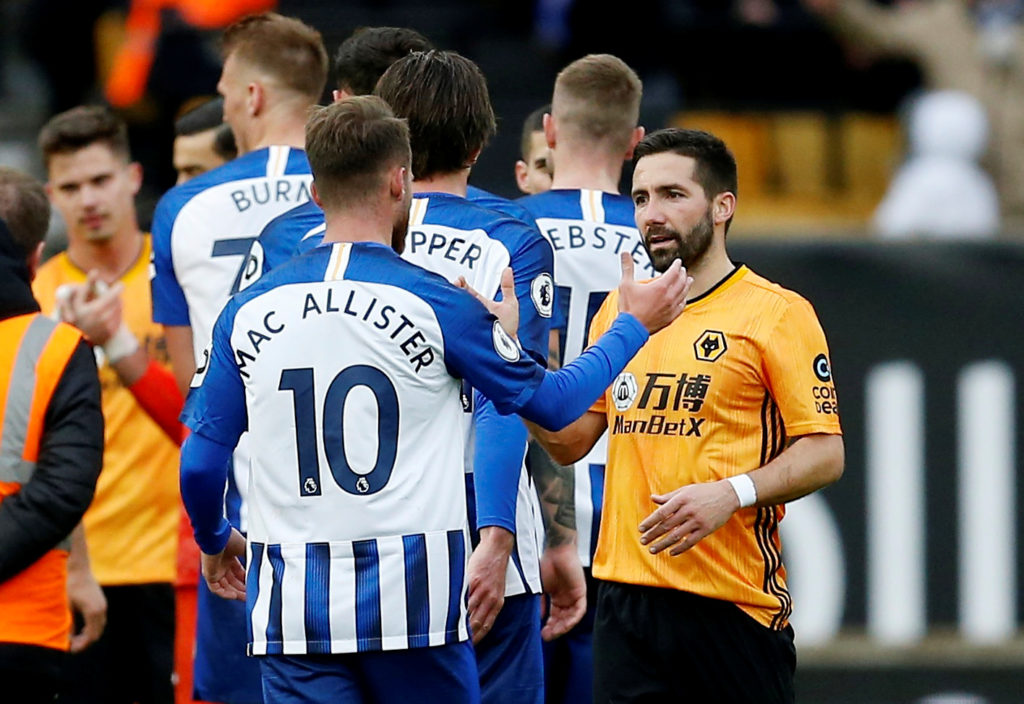 Dan Burn believes Alexis Mac Allister could prove to be a vital cog in Brighton's bid for Premier League survival.

Mac Allister signed for the Seagulls in January 2019 but was sent back to Argentinos Juniors on loan before joining Boca Juniors on another temporary deal in June.

Having done enough to break into the Argentina side, Brighton were keen to get him back, cutting his time at Boca short in order to have him available for the second half of the Premier League campaign.

Graham Potter handed the attacking midfielder his debut in Saturday’s 0-0 draw at Wolves, replacing Solly March for the final 10 minutes of the match.

Some nice touches led to some encouragement among the club’s fans and he will be hoping for further exposure in Saturday’s visit of Arsenal.

Brighton sit 15th in the table, two points clear of the relegation places, and have been boosted by the return of Burn in recent weeks following a broken collarbone.

The left-back has been part of a decent defensive unit, with their tally of 40 goals conceded the best of the bottom seven in the Premier League.

“His awareness around the final third is really good.

“Wolves was a tough place to make his debut so he should be really happy with his performance, hopefully we can see more of him.”#BHAFC 🔵⚪️ pic.twitter.com/66VSWFCpwv

Potter’s side have struggled at the other end of the pitch, averaging just 1.1 goals per game, and Burn believes Mac Allister can help improve that statistic.

Speaking to the club website, the 27-year-old says he was pleased by what he saw from his colleague and is backing him to play a pivotal role.

“Alexis showed signs of what he can do, he’s very good from what I’ve seen so far,” he said. “He’s very quick in tight areas and plays without many touches, his awareness around the final third is really good.

“He’s come in match fit as he had played a lot of games. Wolves was a tough place to make his debut, so he should be really happy with his performance, hopefully we can see more of him.”