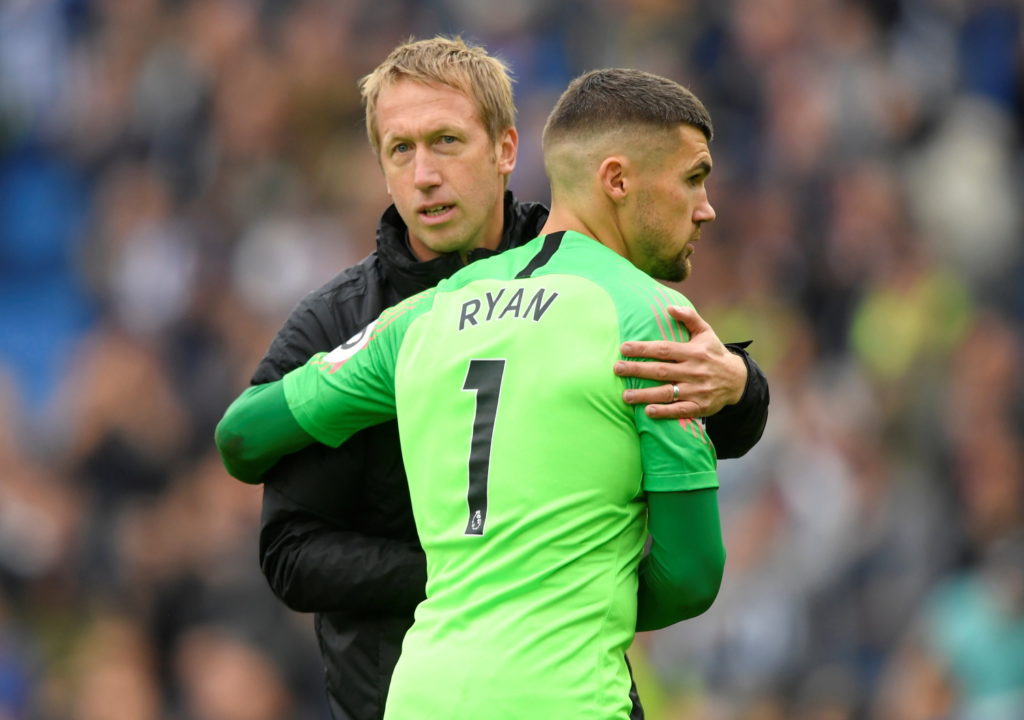 Brighton boss Graham Potter believes dealing with the mental strain of living in isolation is one of the biggest challenges facing his players at present.

The Seagulls’ squad, one of whom has tested positive for coronavirus, have all remained in the UK and are following government advice by socially distancing themselves because of the global crisis.

Players have been taking part in online training sessions in order to remain in contact and maintain physical fitness, while head coach Potter is regularly checking on their psychological well-being during one-to-one conversations.

The 44-year-old feels issues such as missing family and boredom could have a significant detrimental effect on society as a whole and has praised the collective response of his squad to coping with testing circumstances.

“We know that people are struggling on the front line and the NHS are having massive challenges and us at home we need to make sure that we’re keeping ourselves right on a psychological level because isolation is not something that as human beings is so easy for us to do,” Potter said during a video link press conference.

“If anything, it (mental health) is a priority at the moment because it’s a global crisis, the economy of this country is in lockdown, which I’m pretty sure has an effect on people.

“When I’ve spoken to the players, they’ve impressed me, to be fair – how they’ve taken the opportunity to see it as a time to reflect, to appreciate, to be worried about the outside world, if you like.

Albion have shown support for health workers by starting an initiative to provide free tickets for NHS frontline staff once football resumes.

Club staff, including Barber and Potter, have also been making phone calls to members of the community in a bid to lift spirits.

Potter, whose current duties include helping to home-school his three young children, admits it impossible to perform his regular role during the current predicament.

“In terms of my job, I can’t do it. That is the truth. But you have to use the situation as positively as you can,” he said.