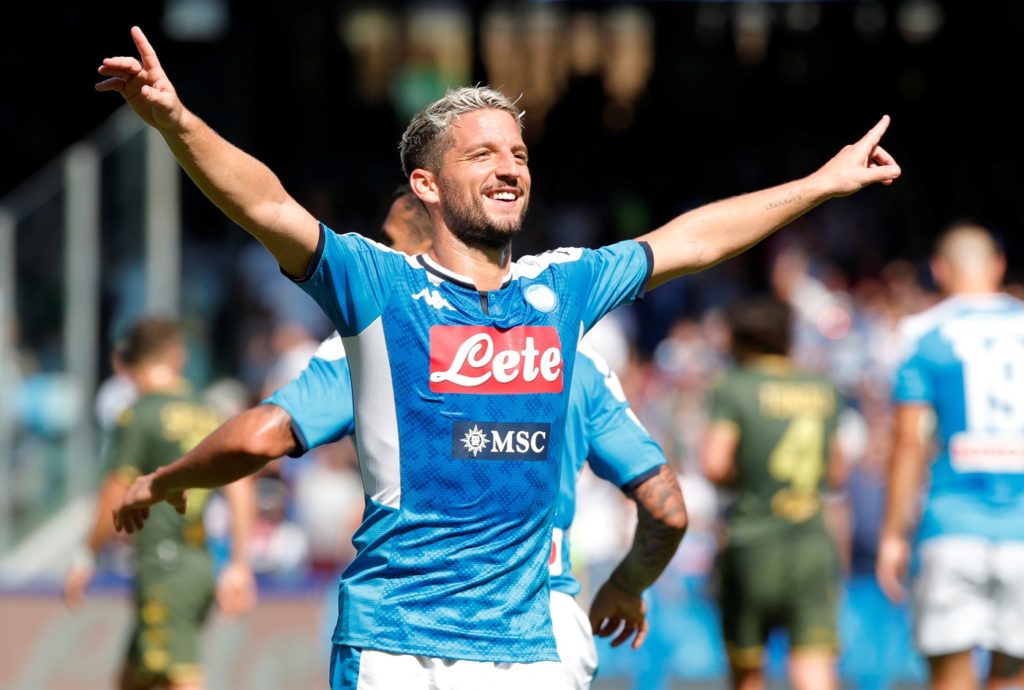 Chelsea have reportedly started negotiations with Napoli as they look to force through a deal for Dries Mertens ahead of Friday’s deadline.

Chelsea are hoping to add another attacker to their ranks before the window shuts at 11pm on Friday and Mertens is understood to be their top target.

Mertens has refused to sign a new deal with the Italian outfit and is set to be out of contract at the end of the campaign.

Napoli are understood to be willing to sell the Belgian this week rather than allowing him to depart for free in the summer.

Reports suggest the 32-year-old could be available for as little as £5million but interest from Inter Milan could lead to a bidding war.

The Belgium international has been a key figure with the Naples-based club since joining from PSV for a reported €9.5million in the summer of 2013.

The versatile forward has scored nine times across all competitions this term and boasts 118 goals in 300 appearances for the Partenopei.

Frank Lampard is understood to be frustrated by a lack of movement in the transfer window, especially when considering the club worked so hard to get their transfer ban lifted.

The former midfielder has made it clear that he wants to add competition to his forward line to relieve some of the pressure on Tammy Abraham.

Olivier Giroud, who has been linked with Tottenham and Inter Milan, is expected to depart this month and a failure to reinforce could leave them short in the second half of the season.

Mertens’ ability to play anywhere across the front three is seemingly what has piqued Lampard’s interest and the Blues boss has now left negotiations in the hands of the club.

The report states that Chelsea is Mertens’ preferred destination after previously hinting that he wants to test himself in the Premier League.