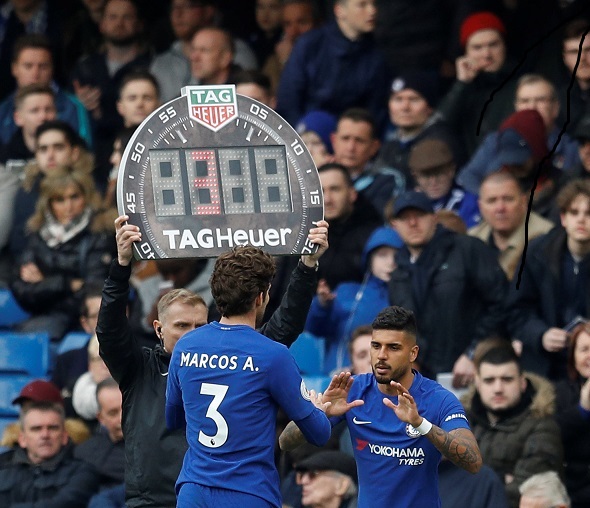 Italian national manager Roberto Mancini has urged Chelsea defender Emerson Palmieri to return to Italy, due to a lack of opportunities at Stamford Bridge.

The former Manchester City boss has risked riling the Blues faithful by suggesting the left-back should find himself a new club in Serie A this summer.

Emerson managed to help the Blues win the Europa League last season but the defender has fallen down the pecking order at The Bridge since the arrival of manager Frank Lampard from Derby County.

The Brazilian-born star has not featured for the Blues since January 21, when Chelsea played out a 2-2 stalemate with Arsenal.

Marcos Alonso and Cesar Azpilicueta, depending on the formation, have been preferred at left-back or left wing-back this season and now Emerson is believed to be considering his next move.

Mancini, who has also spoken of other wing-backs, has given the 25-year-old a nudge and feels the former Roma star would be better off returning to Italy to kick-start his career.

“As for the full-backs, we knew Adam Masina, although he disappeared from the radar a bit after his move to Watford,” the former City boss told Gazzetta dello Sport. “Luca Pellegrini already spent time with the senior squad and can improve.

“It would be nice if Emerson Palmieri, who hasn’t played much for Chelsea, could come and play in Italy.”

With Alonso and Azpilicueta above Emerson in the pecking order it seems unlikely the seven-time capped Italy international will risk dropping off the radar for the Azzurri with a continued lack of game time going into next season.

Emerson is unlikely to struggle for suitors in Serie A and might even consider a return to Roma, where he enjoyed a successful spell between 2015-18 before making the switch to west London.