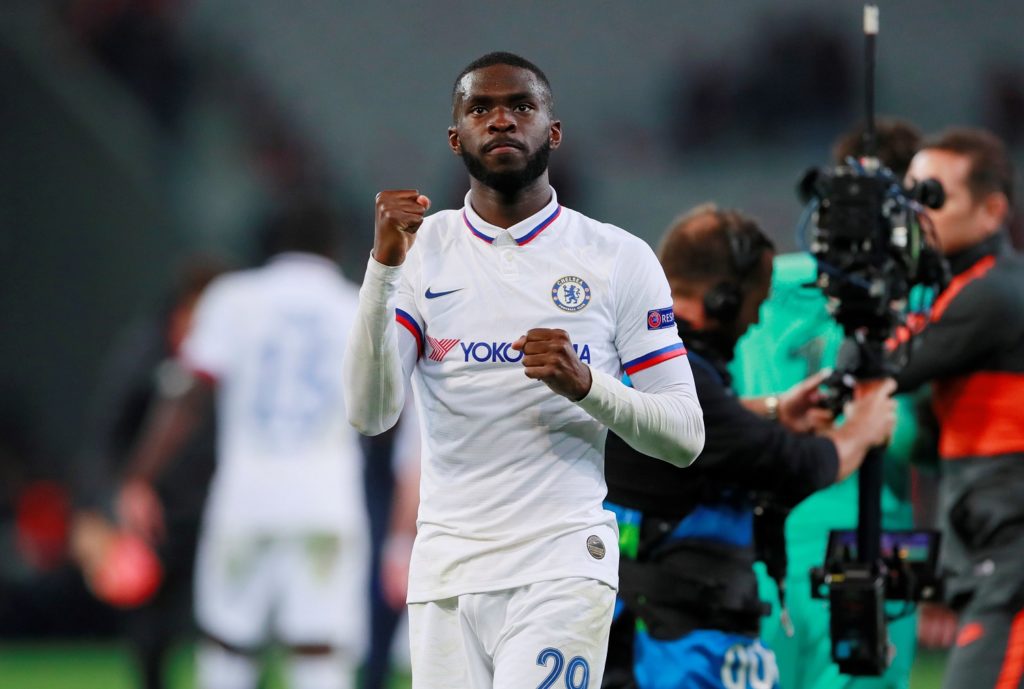 Chelsea youngster Fikayo Tomori says John Terry's career as a player who came from the club's academy was hugely inspirational as he came through the ranks.

Terry is the last academy graduate to fully establish himself as a regular with Chelsea and Tomori is hoping to follow in his footsteps.

The former England captain joined Chelsea’s academy in 1995 and made 717 first team appearances.

After 22 years with the west London outfit, Terry left to link up with Aston Villa for 2017-18 before finally hanging his boots up at the end of that campaign.

Academy products weren’t offered a realistic pathway to senior football as the club showed a preference for buying established players.

However, the five-time Premier League winners have opted for a change in direction this season following Frank Lampard’s appointment.

A two-window transfer ban, which was reduced by half on appeal, prevented Lampard from adding any new recruits in the summer.

Lampard attempted to put a positive spin on the situation and offered up regular senior football for academy graduates.

The likes of Tomori, Tammy Abraham, Mason Mount, Reece James and Callum Hudson-Odoi have all been heavily involved this term.

They have all excelled at the highest level and Tomori, who has made 22 appearances, has earned England recognition.

Tomori admits watching Terry make the step up, while he was in the academy, was a major incentive to work hard as he looked to emulate his success.

“Obviously we had John Terry who had made that step from the academy and he was the player I looked at when thinking of the pathway to the first team,” he told BT Sport.

“The club has really developed since he broke in to where we are now, with a lot of academy players involved. In recent years we have seen a lot of players get close to that level but probably not have a sustained run in the side like the younger players have had this season. So JT was the one we looked at as the inspiration that we could get a chance here at Chelsea, and that was always the motivation.”