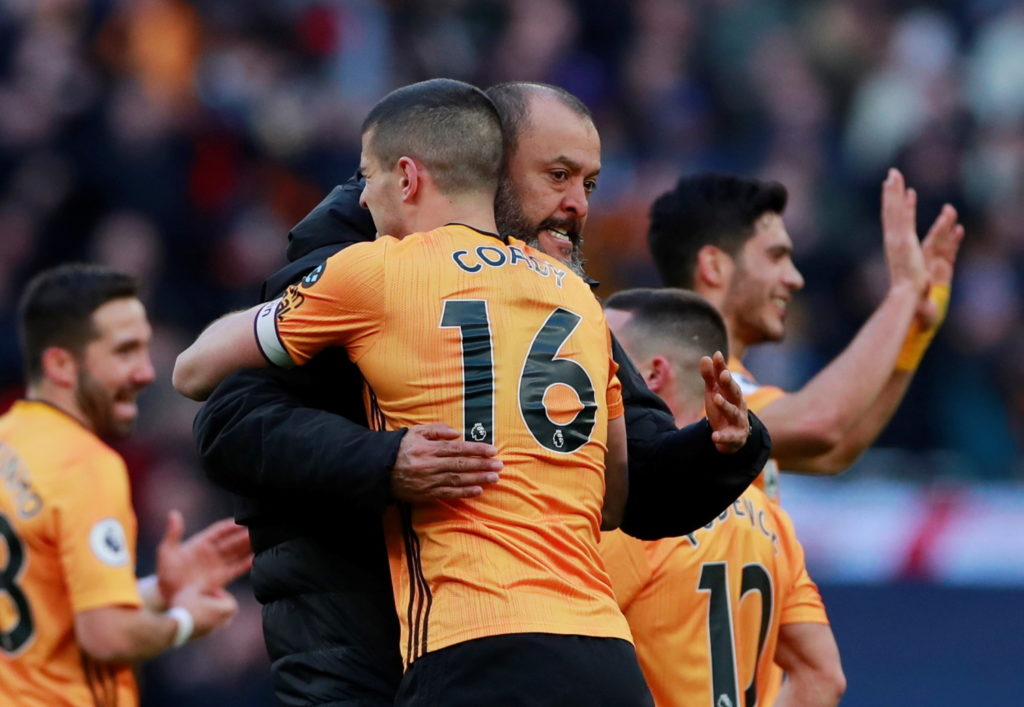 Wolves captain Conor Coady says the coronavirus pandemic has made it more important for him to be approachable to everyone at the club.

Having been skipper on the field during their promotion to the Championship and their first six months in the Premier League, Coady has been the club captain at Molineux since Danny Batth’s departure to Stoke in January 2019.

The 27-year-old was marked out for his leadership qualities at a young age, captaining the England under-17s to glory at the European Championships in Lichtenstein.

It is clearly a responsibility he enjoys and has been happy to provide support for his team-mates during what are unique times.

Wolves were amongst the last group of teams around Europe to play before the season was postponed, drawing 1-1 with Olympiacos in the last-16 of the Europa League on March 12.

Like many of his contemporaries, Coady has been in self-isolation with his family since the announcement that English football was taking an indefinite break due to the coronavirus outbreak.

While others are happy to focus on their own fitness, the former Liverpool youngster has kept his lines of communication open to anyone at the club who wants to talk.

Most successful last-man tackles in the Premier League this season:

That includes both his team-mates and the Wolves’ hierarchy, insisting that being approachable is crucial in times like this.

“In terms of being a captain, I’ll never change what I do,” he told the club website. “I’m always there to speak to the lads, if they need to ask me a question, they know where to come, they can ask me whatever they want.

“I’ll also be a bridge if the manager or people at the higher end of the club want to get things to the boys, they know they can come through me as well. It’s important to be open, make sure you’re in the middle of things and be ready to pass on messages.”

Wolves currently sit sixth in the Premier League table, while they remain in good shape to make the quarter-finals of the Europa League.