Could Conte reunion at Inter appeal to departing Pedro? 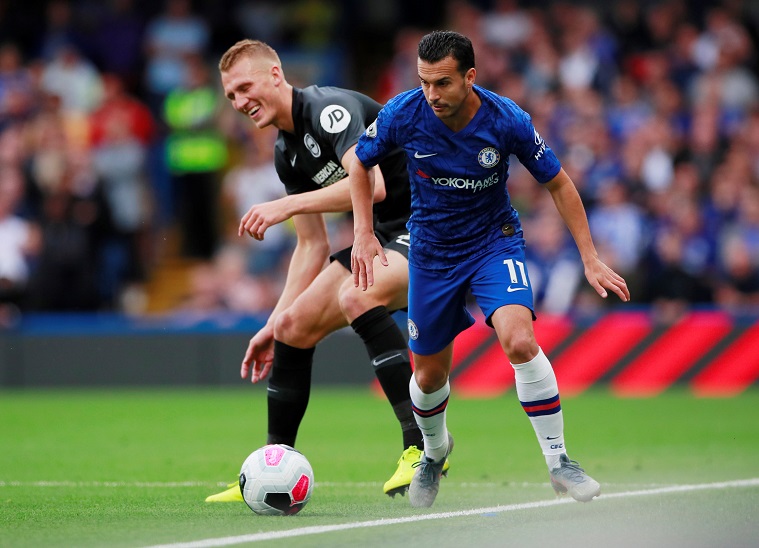 Pedro has confirmed he will leave Chelsea when his contract expires, so where could the forward's trophy-laden career take him next?

Pedro will see his contract at Stamford Bridge expire at the end of the campaign and it has been decided, either mutually or by one party, that the 32-year-old will walk away in the summer.

Although he admits his footballing future is not his top priority right now due to the coronavirus pandemic, he has made up his mind on not staying with Chelsea.

“I’m terminating my contract, but right now it’s not the most important thing, nor have I stopped to think about it,” Pedro told El Larguero on CADENA SER, as quoted by Sport Witness.

“From there on what has to do with my future will come, but right now it’s not the most important thing when you don’t even know when you’re going to train again.”

The Spanish forward, who cost the Blues around £24million when he joined from Barcelona in 2015, could be the first of a number of established names allowed to move on by the west London outfit as the youth movement brought about by Frank Lampard goes from strength-to-strength.

The likes of Willian, Olivier Giroud and Marcos Alonso also face uncertain futures, particularly after the west London club put all contract talks on hold due to the coronavirus crisis, but Pedro at least knows he’s heading out the door although he is unlikely to be short of offers.

Pedro is a player who has enjoyed success wherever he has gone, winning the Premier League, FA Cup and Europa League during his time at Chelsea.

As an international, he can refer to himself as a world and European champion after being part of the Spain set-up that dominated for half a decade.

Although not always the star of the show when it came to the success enjoyed by Chelsea, Barcelona and Spain, he has been a dependable member of all three squads and has netted some vital goals, most notably grabbing the opener in the 2011 Champions League final when Barcelona beat Manchester United 3-1.

A move back to the Nou Camp had been previously mentioned for Pedro although all has gone quiet on that front and the reigning Spanish champions seem set to focus their attention on Neymar yet again this summer.

A return to La Liga would seem like the most obvious choice. However, the majority of clubs are unlikely to be able to afford his wage demands, leaving him with a smaller pool to choose from.

Perhaps a new challenge would suit Pedro, with Italy an unknown frontier, and a reunion with Antonio Conte at Inter Milan makes sense, at least on paper. The forward was a regular in the Chelsea side during Conte’s time at Stamford Bridge, featuring over 40 times in each of his two seasons at the helm.

Conte seems keen to bring in talent from the Premier League as well, having already drafted in Christian Eriksen, Ashley Young and Romelu Lukaku, while they could be looking out for attacking reinforcements should Lautaro Martinez move on at the end of the season.

Roma have also been mentioned in connection with the Chelsea forward previously, but a move to an Inter side on the up and challenging for honours could give Pedro the chance to stuff another few trophies into his bulging cabinet.