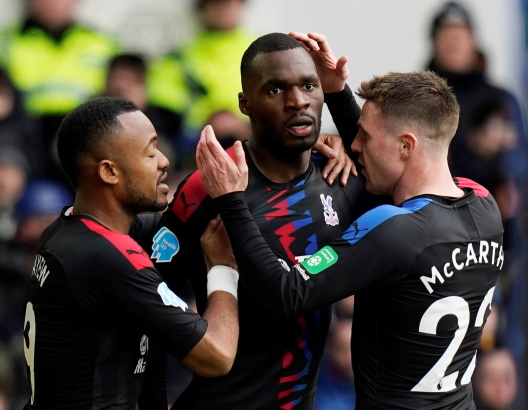 Crystal Palace’s slide down the Premier League table continues and their failure to bring in a new striker last summer could come back to haunt them.

The Eagles have failed to win in their last seven matches, picking up just four points in the process, and are now in real danger of being sucked into a relegation battle, if they haven’t already.

There is often one team that is dragged back into it, and Palace, who cannot buy a win, look set to be that team unless Roy Hodgson can rally the troops and get them heading in the right direction again.

It is not that long ago that Palace were being touted as potential Europa League candidates following a strong start to the season, but it has gone pear shaped over the last couple of months, and a relegation battle is now the main concern.

Palace sit in 14th place in the Premier League table following the 3-1 defeat at Everton on Saturday, and are just six points above the drop zone, having played a game more than most of the teams around them.

The problem again is scoring goals and that was evident again at Goodison Park on Saturday afternoon when they failed to capitalise on their best spell in the game just after half-time, and later on paid the price as Everton put their chances away.

They also have the worst goalscoring record in the Premier League, with just 23 in 26 matches, and that has to be a huge concern.

Jordan Ayew is the leading goalscorer with six so far, then comes Wilfried Zaha with three, followed by a clutch of players on two goals for the season. It is not enough and the lack of an out-and-out goalscorer could cost them dear. Benteke has just one.

The writing was on the wall last season when they also struggled for goals but the problem has never been addressed.

Cenk Tosun has been brought in from Everton during the January transfer window and has already chipped in with one goal, and Palace will be praying he can get a good few more between now and the end of the season.

The Eagles now face a couple of crucial games once their winter break is over. Next up is Newcastle at home followed by a trip to arch rivals Brighton, who are just three points below and battling for their lives.

A couple of positive results could turn things for Palace, but they need to start finding the back of the net or it is going to be a very anxious run-in to the season.