Palace defender set for ‘weeks’ on the sidelines 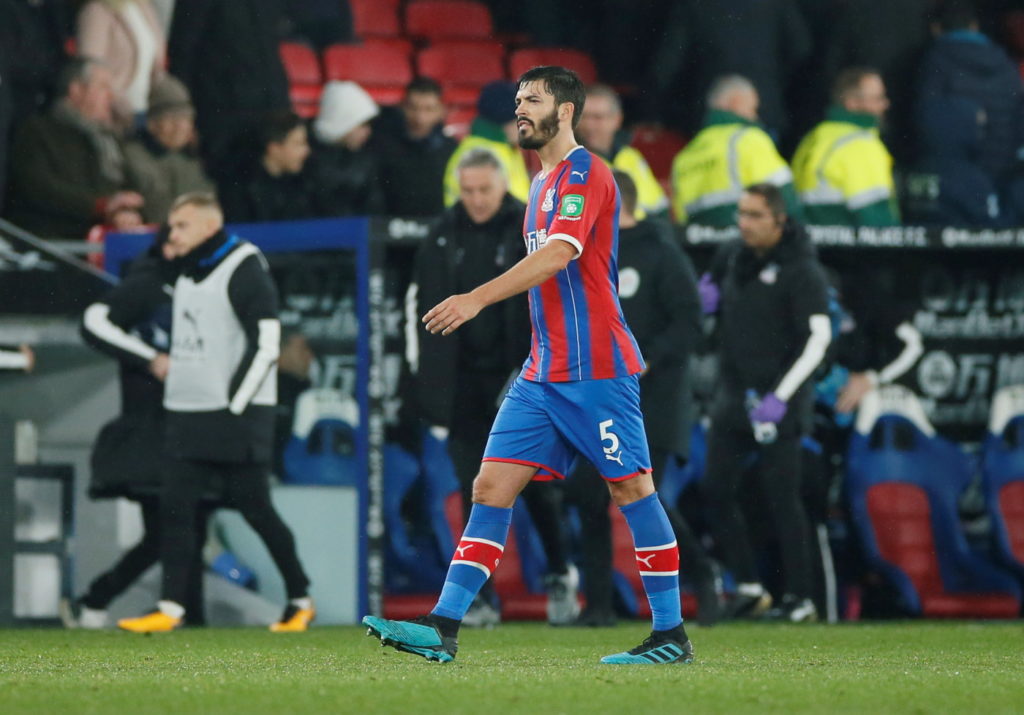 Crystal Palace boss Roy Hodgson believes defender James Tomkins faces "weeks" on the sidelines with the hamstring injury he picked up against Everton.

Tomkins has been one of Palace’s most consistent performers this season, but he looks set to spend a sustained period on the sidelines with the problem he picked up just after the hour mark of Saturday’s 3-1 defeat at Goodison Park.

Hodgson is certainly fearing the worst regarding the 30-year-old, although the extent of the damage will not be known until he undergoes a scan later this week.

“He’ll have to have a scan,” Hodgson was quoted as saying by the Evening Standard. “Hamstring injuries normally take weeks rather than days but we won’t know how bad the news is until he’s had the scan. It is a shame to lose him.”

Palace have the best defensive record in the bottom half of the Premier League, although Saturday’s loss means they have now gone 10 top-flight games without keeping a clean sheet.

The Eagles have had to deal with a number of injury concerns in their backline this season and Tomkins looks set to join the likes of Mamadou Sakho, Martin Kelly and Jeffrey Schlupp on the treatment table.

Palace are now embarking on their winter break and won’t be back in action until February 22 when Newcastle visit Selhurst Park.

Hodgson will be hoping that some of his stricken defenders will be able to return for that match but as it stands Scott Dann, who came on for Tomkins on Saturday, is likely to partner Gary Cahill at the heard of their defence.

The Eagles have been sitting comfortably in mid-table for much of the campaign, but a seven-game winless run, that includes three consecutive defeats, means they are now starting to look nervously over their shoulders, as they are just six points above the relegation zone.