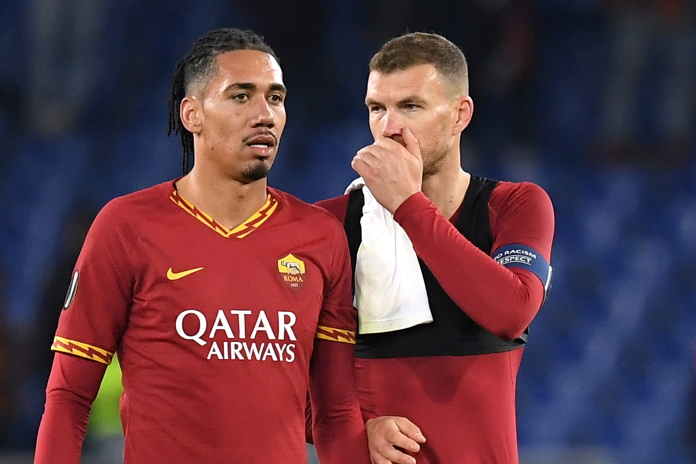 Everton are weighing up a move to keep Manchester United defender Chris Smalling in the Premier League, but face strong competition.

Carlo Ancelotti has done a superb job since taking over at Goodison Park, taking the Toffees from relegation danger to mid-table, and not too far off the European places.

However, one issue remains for the Italian to solve, the defence. Everton continue to leak too many goals and it has cost them badly on a number of occasions this season.

Like most Italian coaches, Ancelotti prides himself on a solid defence, and it is an area he will improve by bringing in one or two players when he gets the chance.

A number of central defenders have been mentioned, and now Smalling’s name has also been thrown into the frame.

Once one of the most highly-rated and promising young central defenders in the game, Smalling lost his way at Old Trafford and was loaned out to Italian side AS Roma.

He has flourished in the Italian capital and all of a sudden he is much more attractive to a number of English Premier League clubs, so Everton would face a battle to land him.

Arsenal and Tottenham also need new central defenders and are keen, while Roma look sure to try and do a permanent deal to keep him in Serie A.

However in order to get back into the England squad, Smalling believes playing in the Premier League is the way forward, and could turn his back on the Giallorossi.

Smalling is under contract until 2020 but United are happy to move him on along with fellow defender Phil Jones to make way for signings of their own, with Barcelona’s Samuel Umtiti a target.

The Reds will demand a decent fee but it will not be so much that interested clubs will be scared off.