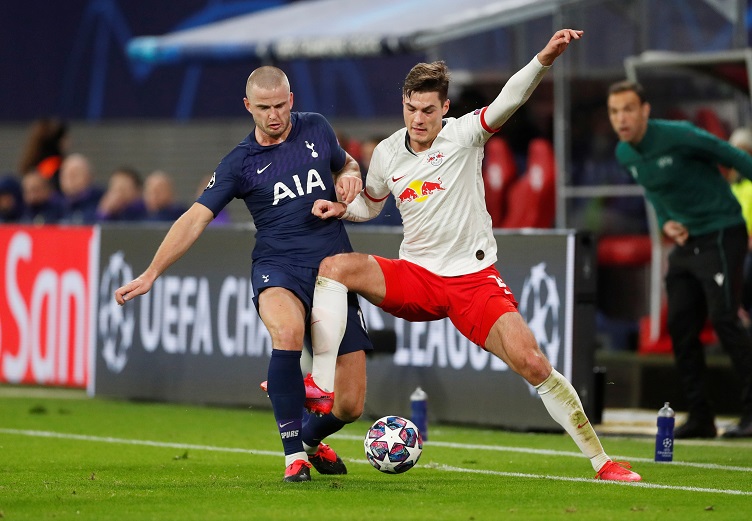 Roma's Patrik Schick says he feels "very attracted to England" as interest in his services increase ahead of the summer transfer window.

Czech Republic international Schick joined Roma in 2017 from Sampdoria but he has struggled to make an impact with the Italian outfit, scoring just five goals from 46 Serie A appearances.

The 24-year-old joined RB Leipzig on a season-long loan in September 2019 and he has enjoyed himself over in Germany, scoring seven goals and registering two assists from 15 Bundesliga matches.

Schick has been behind Timo Werner, who continues to attract interest from the Premier League, in the pecking order but the Prague-born star has been happy with the role he has been asked to play.

With Werner expected to leave in the summer, Leipzig may decide to exercise the permanent buy option they have in Schick’s contract, making the latter the number one option for the 2020/21 campaign.

However, the forward appears to have his own thinking on what the future holds after revealing his desire to play in England’s top flight, which is currently postponed like most of the leagues across the world due to the coronavirus pandemic.

Schick confirmed that Everton and Crystal Palace, along with a host of other top European clubs, have previously shown interest in him and that a move to the Premier League appeals.

He told iSport.cz: “When I left the Czech Republic, my dream was to play in Italy and I achieved that. Now, I feel very attracted to England, to be honest.

“Leipzig was absolutely the right choice for my career. I had also talked to Borussia Dortmund, Bayer Leverkusen and Schalke here in Germany.

“In England, there were Everton and Crystal Palace, plus Valencia in Spain.”

Everton have never really replaced Romelu Lukaku since he left for Manchester United in 2017 and the Toffees may decide to make a concerted effort to sign Schick during the summer window.

Carlo Ancelotti is expected to be busy in the upcoming window and Schick could be one of several players to come through the Goodison Park doors.