Footballers that could steal your heart this Valentine’s Day 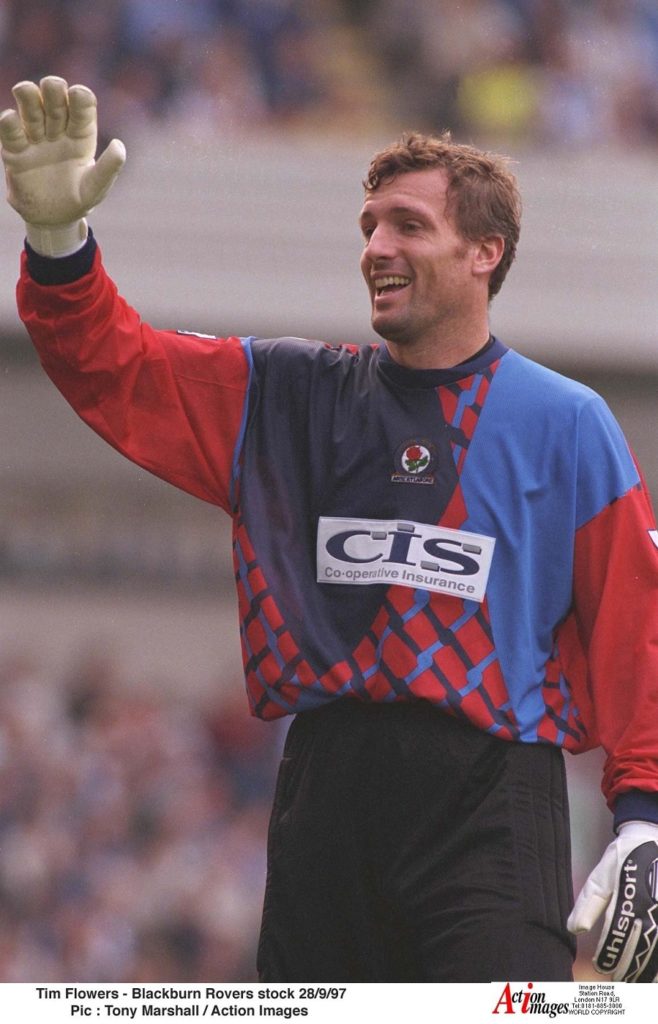 Valentine's Day is supposed to be the most romantic day of the year and we have put together are own starting XI with a loving twist.

Former England international Flowers enjoyed a stellar career, the highlight being his Premier League title success with Blackburn in 1995.

The 53-year-old didn’t give away too many gifts during his playing career, but his name may act as a reminder for people to stop off at the nearest petrol station on the way home to pick up a last-minute present.

Croatian star Lovren believed he proved himself as one of the best defenders in the world while representing his country at the 2018 World Cup and he could certainly be someone’s one and only this Valentine’s Day.

There may not be any love lost between Lovren and opposition defenders on a matchday, but Liverpool will certainly be celebrating their own love story if they go on to win the Premier League title this season.

The former Republic of Ireland international certainly held the key to supporters’ hearts when it came to unlocking a defence with a pinpoint free-kick.

Part of the Leeds team that enjoyed sustained success at the turn of the century, Harte, like many supporters of the West Yorkshire club, will be hoping his former side’s latest promotion push doesn’t end in heartbreak like it did last season.

Whether it’s your favourite bunch of flowers or your first choice when it comes to a selection box, England left-back Rose has all bases covered.

His love affair with Tottenham may, to quote a famous television show, ‘be on a break’ but he will be hoping a new romance with Newcastle can blossom over the second half of the campaign.

Combative midfielder Huddlestone may have made a career out of ‘breaking up’ opposition attacks, but he is still capable of conjuring up some magic, particularly when it comes to shooting from distance, or for the stars if your like.

The 33-year-old may be approaching the twilight of his career with Championship outfit Derby, but it does not look like he is ready to call time on his career and cuddle up on the sofa just yet.

Former Newcastle, Wigan and Aston Villa winger N’Zogbia’s career may have fizzled out long before he reached his 30th birthday but in his prime, he was one of the most exciting wide players in the Premier League.

The 33-year-old did have a high-profile bust-up with former Newcastle boss Joe Kinnear for getting his name wrong – a falling out that led to his departure from St James’ Park, but we hope he will forgive us for this romantic play on his surname.

Midfielder Chris Bart-Williams will be a name fondly remembered by fans of the top-flight in the early 1990s, particularly supporters of Nottingham Forest.

The 45-year-old made over 200 appearances during his Premier League career, also featuring for Sheffield Wednesday and Charlton, but it is at Forest where you are most likely to find him kissing the badge.

No Valentine’s Day list would be complete without a Cupid and Trinidad and Tobago international Kern would certainly provide plenty of bite in any midfield.

The 35-year-old has won 25 caps for his country, although he just missed out on featuring for them at the 2006 World Cup, while he has spent his entire club career to date with W Connection in his homeland.

Bosnian striker Dzeko certainly knows how to lead the line on the football pitch and if the end goal on a Saturday is to find the back of the net, then surely a wedding is the desired result of any good love story.

Dzeko has certainly enjoyed loving relationships at previous clubs Wolfsburg and Manchester City, while he is continuing to produce the goods on a regular basis at current club Roma – he has 10 goals in 23 Serie A appearances to date this term.

Forward Love has been scoring goals at a variety of clubs for nearly two decades now, while he is also a two-time winner of the Copa America with Brazil, netting in the latter edition against Chile.

It appears the 35-year-old’s Love story is still ongoing, as he is continuing to score goals on a regular basis in his homeland with Corinthians.

Former Blackburn star Dahlin may not be described as a ‘Darling’ at Ewood Park, as he only scored four Premier League goals during his time in England, but he certainly impressed during stints at Malmo and Borussia Monchengladbach.

In fairness to the 51-year-old, he did have big shoes to fill at Blackburn as he arrived at the club shortly after Alan Shearer’s departure for Newcastle, and he was always going to struggle to replicate a player that led Rovers to the Premier League title.