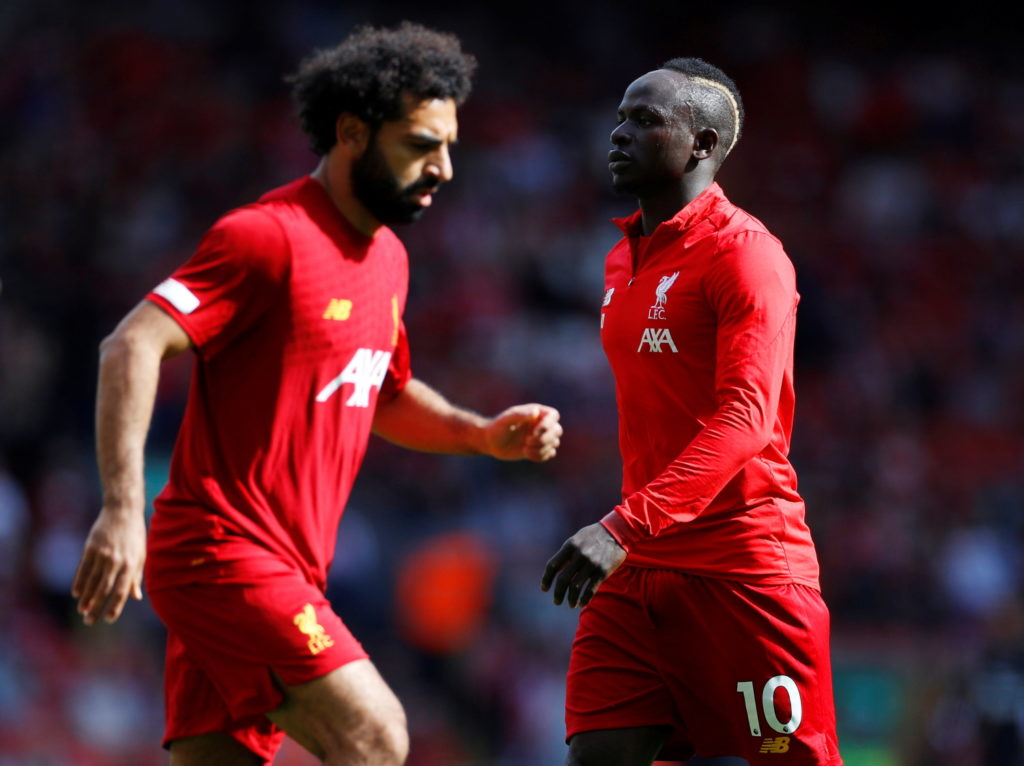 Jurgen Klopp has hailed "world-class" Mohamed Salah after his landmark goal on Saturday and now hopes Sadio Mane can match his feat.

Salah became the first Liverpool player since Michael Owen in the 2002-03 season to score 20 goals in all competitions for three seasons in a row when he netted the equaliser against Bourmemouth on Saturday.

The Egyptian is in another red-hot streak for Klopp’s side and now has five goals in his last six games with his clever finish against the Cherries taking his overall tally for the club up to 91. He has amassed 70 Premier League goals from just 100 appearances – another club record, six clear of Fernando Torres, who hit 63 in his first 100 games.

The records keep tumbling for the former Roma man and Klopp is well aware just how good the 27-year-old is.

Salah was assisted by Mane for his goal before the latter added the crucial second in the 2-1 win, which moved the Reds closer to the title. Mane has a chance of matching Salah’s 20-goal-per-season record as he now has 18 this campaign, to add to 26 from last term and 20 in 201017-18, and Klopp obviously hopes he can do it.

The Liverpool boss told the club’s website: “He (Salah) is an outstanding striker, a world-class striker. It’s really nice, I’m really happy for him that he reached that mark and I think Sadio has the chance to do similar stuff. That would be really cool.”

Liverpool entertain Atletico Madrid on Wednesday in the second leg of their last-16 Champions League tie, hoping to overturn a 1-0 deficit from the first game before they then switch their focus to getting the title wrapped up when they take on derby rivals Everton on Monday.

The Merseysiders need just two more wins to be confirmed champions for the first time since 1990 but could even be crowned kings of England again without kicking a ball after Manchester City’s defeat to Man Utd on Sunday.

If Pep Guardiola’s side, who are a huge 25 points behind, lose to Arsenal at home on Wednesday and then against Burnley on Saturday, Klopp’s men cannot be caught at the top.