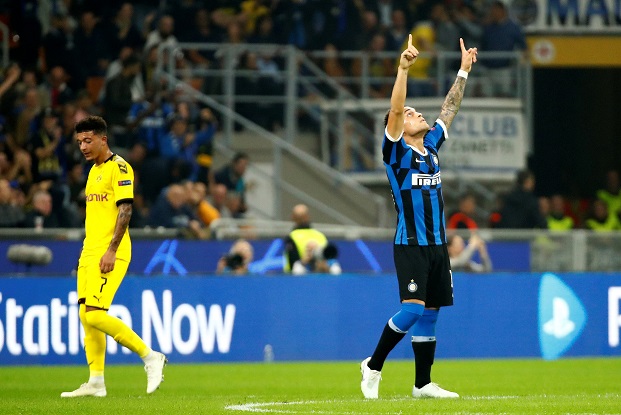 The Citizens learned recently the 22-year-old has a £110m buyout clause in his contract which a team outside of Italy can activate during the first two weeks in July, before the loophole subsequently closes.

It is understood his advisers were in London last month and took in City’s win over Arsenal at the Emirates Stadium, with senior club insiders suggesting they have since made contact again in recent days with City’s director of football Txiki Begiristain.

Lautaro is wanted by Barca after a personal recommendation to the board by superstar Lionel Messi, but the Nou Camp executives have indicated they first need to sell a number of players.

The powerful forward was also flagged up to City by Aguero, who has formed a decent friendship with him through the Argentina national team.

Lautaro has 18 goals in 26 appearances this season for Inter, forming an excellent strike partnership with former Manchester United hitman Romelu Lukaku since the Belgian’s switch to the San Siro.

The Nerazzurri are desperate to retain Lautaro and have offered him fresh terms which would see his wages increase to £150,000 per week.

However, he likes the idea of playing in England with City and following in the footsteps of his striking idol Aguero.

Aguero’s contract does not run out until the summer of 2021 and the Citizens are still unsure what the club legend’s plans are after that. He has previously suggested that he wants to return to Argentina and finish up his playing days with boyhood club Independiente.

Lautaro’s playing style is said to closely resemble Aguero’s, with City fearful his price will only increase in the coming years – similarly to when they were trailing Kylian Mbappe during his formative years at Monaco, before the Frenchman’s eventual £168m move to Paris Saint-Germain in 2017 – just a year after the Manchester giants had a £50m offer rejected for the France superstar.