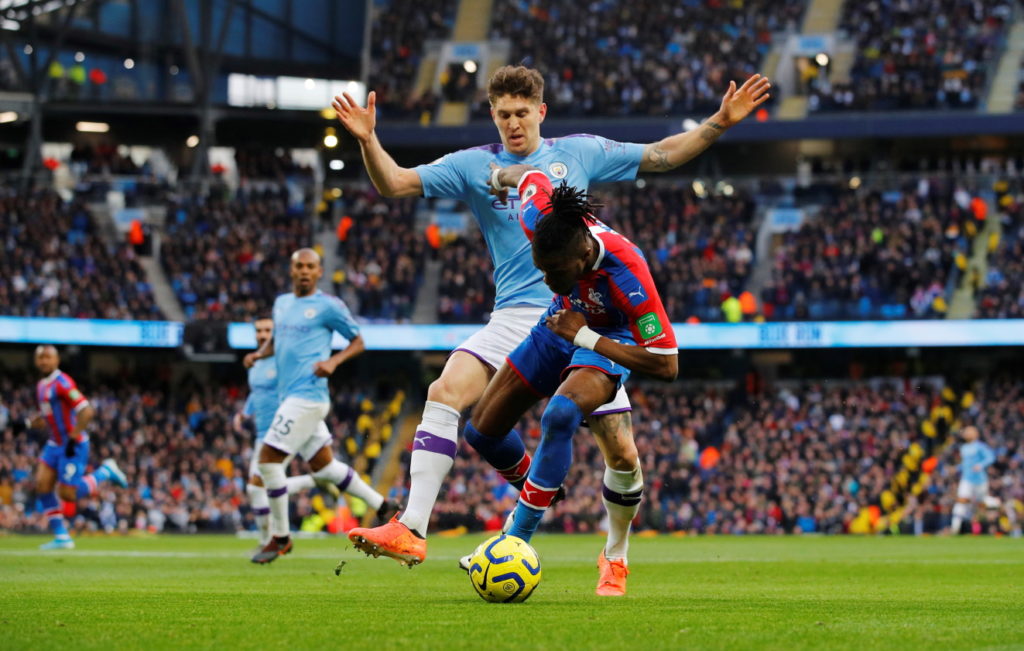 Manchester City boss Pep Guardiola has jumped to the defence of John Stones amid fresh criticism over the defender's form.

The England centre-back endured a difficult game as the champions were held to a 2-2 draw by Crystal Palace in the Premier League on Saturday.

The spotlight has been on Stones this season following the departure of Vincent Kompany and the long-term injury suffered by Aymeric Laporte, and his fortunes have been mixed.

City’s defence as a whole has been questioned this season as they have been unable to stay in touch with league leaders Liverpool, but Stones in particular has been singled out.

However, Guardiola insists he knows the player has quality and he will be there to help while also pointing out that the criticism is unfair.

Stones, whose role in both of Palace’s goals was questioned, is a doubt for Tuesday’s trip to Sheffield United with a leg injury.

“I have to speak with the doctors,” said Guardiola when asked about his availability. He added that Benjamin Mendy could also miss out due to muscular fatigue.

PEP 💬 @gabrieljesus33 can play both (wide and central).

When the central area is reduced, he sometimes plays (out wide).

He plays there to arrive in the box with a more lateral view and be able to move accordingly – he’s very good at that. pic.twitter.com/qzWXdbD5eu

The Palace result enabled runaway leaders Liverpool to extend their advantage at the top to 16 points.

It has been a hugely disappointing title defence from City, who have long since conceded defeat to the Merseysiders.

The targets for City are now the Champions League and the domestic cups, while aiming to secure second place in the Premier League would also ensure form is maintained.

Guardiola added: “(The aim is) to finish second, to improve every day for the knockout games in the other three competitions we play.

“There always has to be something inside all of us to move forward and improve. You cannot play good games in the knockout competitions if you are not running well in the Premier League.”