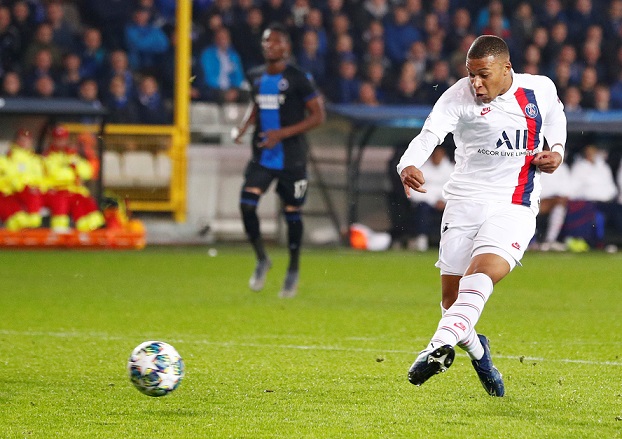 The brilliant France forward rejected a move to the Etihad in 2017 when he made the switch to the Parc des Princes from Monaco for a massive £162m.

However, Mbappe met with PSG boss Thomas Tuchel on Monday for clear-the-air talks, having shown dissent at being substituted 24 hours earlier in a 5-0 win over Montpellier.

The 21-year-old is said to feel he isn’t getting appropriate game-time and his display of petulance did not resonate well with the club’s top brass or the Paris supporters.

It isn’t the first time Mbappe has been seen to rock the boat during his time in the French capital, with suggestions the World Cup winner wants to join Real Madrid.

City insiders, however, have hinted manager Pep Guardiola will also be at the front of the queue should PSG’s Qatari owners decide the time is right to cash in on their huge investment.

Mbappe remains a huge admirer of the Catalan tactician, having insisted after he signed for Paris that he had spoken to Guardiola about his ideas and how he would have fitted into City’s side.

Any sale of the French starlet would undoubtedly surpass the £198m figure PSG paid the same year to acquire Brazil superstar Neymar from Barcelona.

Mbappe has managed an incredible tally of 82 goals in just 101 appearances for the dominant Ligue 1 champions, underlining why he is already considered one of the best players in the world.

City are planning a major summer transfer splurge to refresh their current squad and know there aren’t many clubs who could compete with them for Mbappe’s asking price and wages, coupled with Guardiola’s presence at the helm.