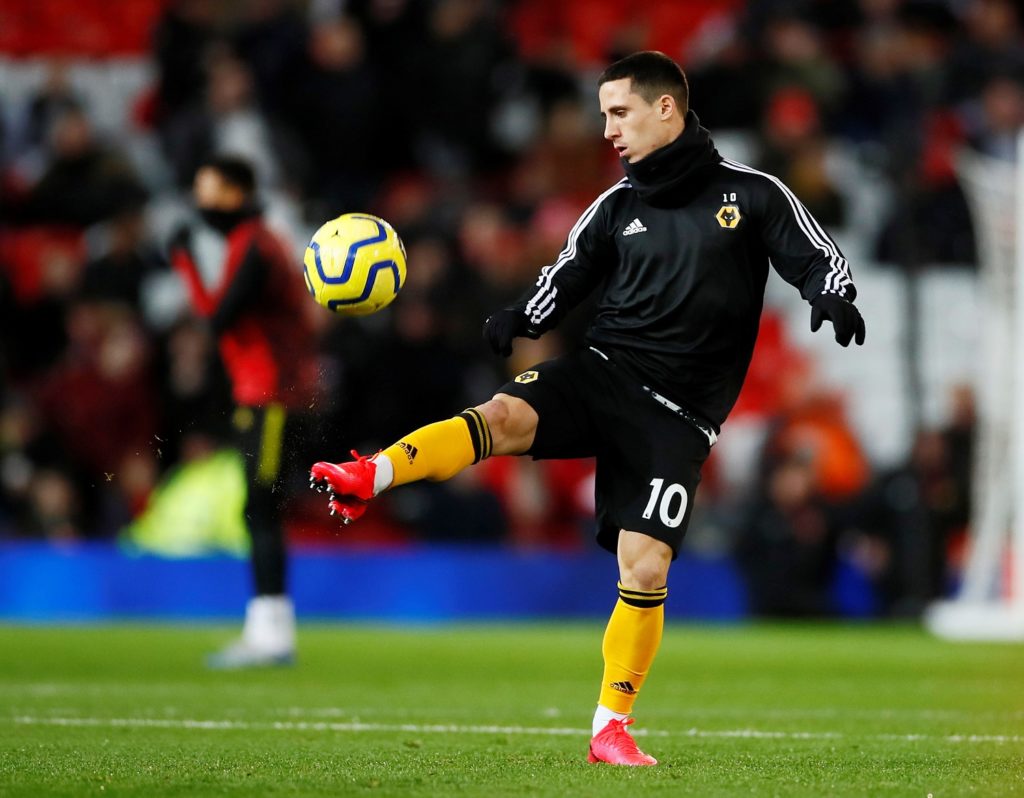 Matt Doherty says he has been impressed with what he has seen from Wolves new-boy Daniel Podence so far.

The Portuguese was linked with the club for long spells of the first half of the season and his transfer finally went through on January 30, signing a four-and-a-half-year deal at Molineux after the Premier League outfit paid Olympiacos £16.9 million for his services.

Podence was handed his debut just two days after his arrival, playing the final 14 minutes of last Saturday’s trip to Manchester United, and he showed up well as the pair played out a 0-0 draw.

The 24-year-old was stationed in front of Doherty at Old Trafford and the duo inked up well during their spell on the field together.

Wolves are currently in the midst of their mid-season break and the players are enjoying some warm weather training in Marbella before returning to play again on February 14 at home to Leicester City.

Nuno Espirito Santo’s men then face Espanyol in the first leg of their Europa League last-16 tie and with that competition back on the agenda, the boss will need as many bodies available as possible.

After the loan departure of Patrick Cutrone to Fiorentina, the club needed to sign an attacking replacement and Podence fits the bill due to his ability to play across the frontline.

Podence, Campana and Loiodice all settling in.

While the man he came on for at Old Trafford, Adama Traore, is likely to keep his place for the game against the Foxes, the Oeiras-born star is sure to be called upon.

Doherty is confident he will prove to be up to the task after seeing how easily he settled in on his debut.

“He did really well,” he told the club website. “It’s tough, he’d only been here a couple of days, but he seemed to get up to the pace of it quite quickly.

“The way we play, he seemed to adapt quite well, which is a good sign for us.”