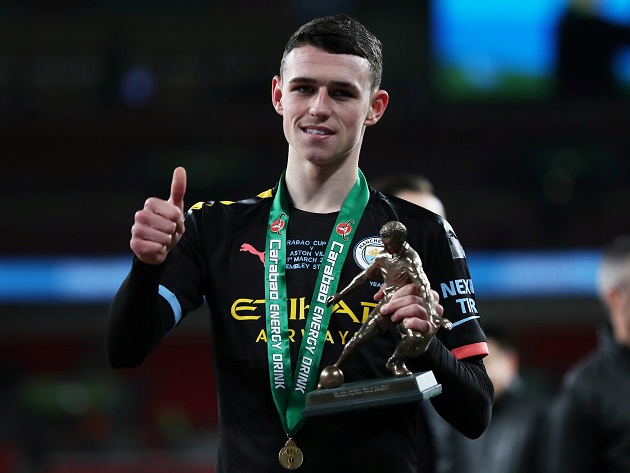 The England youth international was a surprise starter at Wembley as City took on Aston Villa, aiming to win the trophy for a third consecutive time.

He quickly repaid Guardiola’s faith after setting up the opening goal for Sergio Aguero.

Foden loitered on the right edge of the box and headed a ball into the path of the Argentine who made no mistake from close range.

Rodri headed home a corner to put City into a commanding 2-0 lead in controversial circumstances as replays showed the corner should not have been awarded.

Aly Samatta halved the deficit just before the break and while the second period proved slightly uncomfortable, City prevailed to lift the trophy.

Foden was excellent throughout the entire match and displayed some lovely touches and passes which reinforced why he is so highly rated.

2012: I was an 11yr old city fan watching Aguero win us our first Prem title

The game also resurfaced the debate on whether the 19-year-old is playing enough football currently.

This season, the Stockport-born wonderkid has played just 13 times in the Premier League, with only two of those appearances coming from the start.

With David Silva set to depart City in the summer, the following few months could be crucial in Foden’s development.

“It’s a reality,” he said. “Unfortunately for him he fights against one of the best in the world in his position, but in training he’s incredible and always ready.

“We can count on him to play wider or inside and he is ready to compete.”

Foden is expected to be Silva’s long-term successor at the Etihad when the Spaniard leaves this summer after a spell-binding 10-year stint in Manchester.