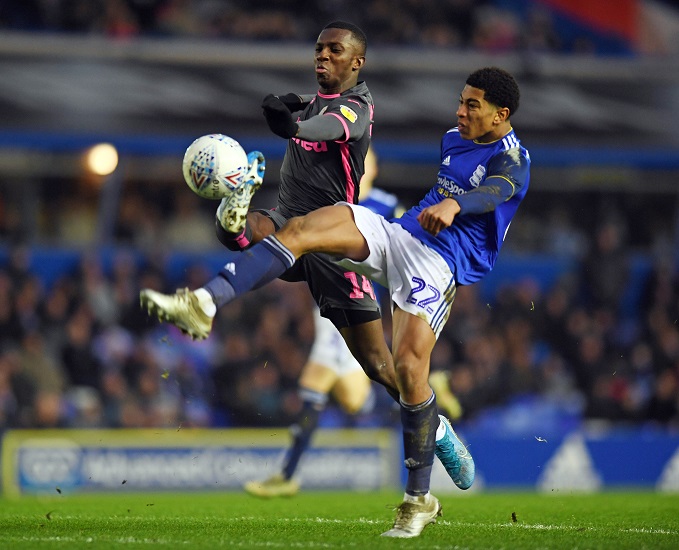 The precocious 16-year-old midfielder was given permission by Blues to visit some of the clubs who are furiously jostling for his coveted signature.

United, along with rivals Liverpool and Manchester City, are all making it clear to the teenager’s handlers they are prepared to meet with his £35m asking price to take him this summer.

Bellingham’s family, however, were understood to have been ‘impressed’ by the emphasis United placed on their ‘duty of care’ and how they see the starlet developing under their watchful eye.

Along with being welcomed by legendary former boss Sir Alex Ferguson, the youngster was introduced to young forwards Marcus Rashford and Mason Greenwood, which was also well received.

Old Trafford bosses know they face a battle and one of the ideas being floated is to loan Bellingham back to St Andrew’s for at least another year.

Disappointing way for the run to end, have to pick ourselves up and bounce back in time for the derby.💙😤#KRO pic.twitter.com/ThcpWDQyoR

That would certainly appeal to the cash-strapped Midlanders although they may have to be more realistic in their demands to include an additional £15m in further add-ons, based on his future success.

United have made it clear they are not prepared to offer the player the type of cash he might be able to earn elsewhere, believing it to be a stance which has served them well previously on the youth front.

Bellingham currently earns a scholarship wage of £145-per-week, with reports Barcelona and Bayern Munich are willing to pay him close to £60,000-per-week.

He would expect to earn around half of that figure at the Theatre of Dreams – which would still make him the highest-paid player in the world in his age bracket – with the promise of more to come.

Bellingham doesn’t turn 17 until the end of June, when he is able to sign his first professional contract.

The clamour is understandable from United and others. Bellingham made his club debut this season aged 16 years and 38 days in the Carabao Cup against Portsmouth, becoming Blues’ youngest player when he turned out at Fratton Park.

Remarkably, the Stourbridge-born prospect has gone on to make 35 appearances, scoring four goals, ensuring United going all out this week to make the topic about his football and not the cash.