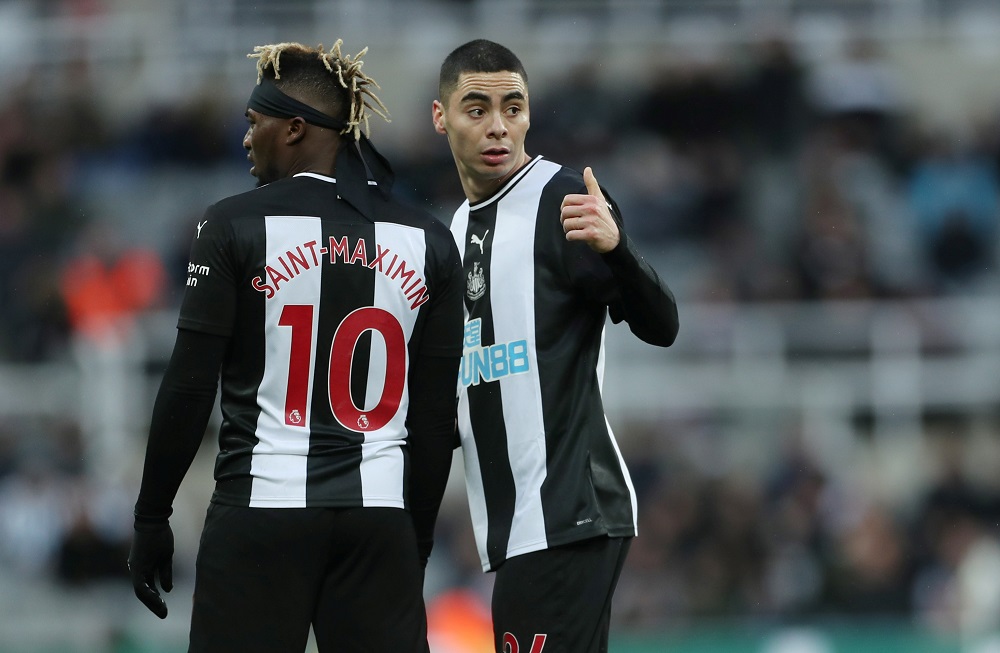 Newcastle United striker Miguel Almiron says he and the rest of the squad are well aware of how long the club’s fans have had to wait for a trophy.

The Magpies are currently preparing for Tuesday night’s FA Cup third-round replay at home to League One outfit Rochdale.

Paraguayan forward Almiron might be relatively new to life at Newcastle but the 25-year-old has already learned plenty about the club’s history and the desire among its supporters to end the long wait for a trophy.

“But it’s about taking it game by game, doing what do on the training field, working hard to improve and then focusing, everything, all our attention, on winning.

“From a personal point of view – all the players want to win and I’m no exception. It would be great to win something and to be able to help present a trophy to the fans.”

The main focus for manager Steve Bruce will be on maintaining the club’s status in the top flight, with Newcastle currently 13th in the table, with five points between themselves and the relegation zone.

After Tuesday night’s FA Cup action, the Magpies are back to Premier League duties on Saturday when they host Chelsea at St James’ Park.