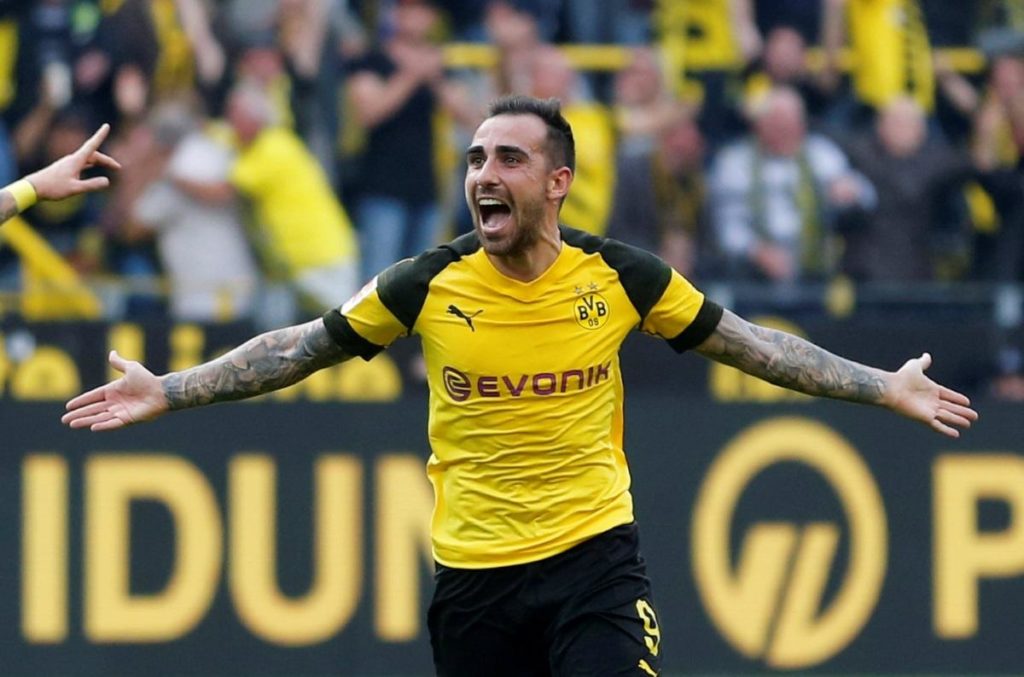 Newcastle's reported pursuit of Paco Alcacer is over after Borussia Dortmund's sporting director confirmed the striker is in talks with a Spanish club.

Spain international Alcacer was said to be a target for Premier League outfit Newcastle and there were rumours a £25million bid was being readied by the Magpies, who are desperate to bring in attacking reinforcements before Friday’s deadline.

However, Steve Bruce will have to look elsewhere for additions after Dortmund’s sporting director, Michael Zorc, revealed the former Barcelona striker is in talks with an unnamed Spanish side.

As quoted by Get German Football News, he said: “Paco was not in training today. We released him to have final discussions with a club in Spain.”

Although not confirming the mysterious Spanish side, numerous reports are claiming La Liga outfit Villarreal are the club currently in talks with Alcacer about a move to the Estadio de la Ceramica.

The Yellow Submarine are currently eighth in the table, five points adrift of fourth-placed Getafe, and their potential new signing could provide the extra firepower needed to get into the Champions League positions.

Despite being limited to just 11 Bundesliga appearances this season, Alcacer has scored five goals and his quality in front of goal is undeniable, with 26 goals scored across all competitions during his time in Germany.

The 26-year-old is keen to get more playing time to boost his chances of making Spain’s Euro 2020 squad but, with the recent arrival of Erling Braut Haland, his opportunities have further decreased.

Villarreal, who are on a three-game winning run in all competitions and host Osasuna in the league on Sunday, are said to be hopeful of getting a deal over the line before Friday’s 11pm deadline.

With Alcacer heading to Spain, Newcastle, who are in the midst of takeover talks and also closing in on a loan move for Tottenham left-back Danny Rose, will have to delve back into the market to land a new striker.

However, with just two days of the window remaining, it looks unlikely the Magpies will be able to get a deal done in time.