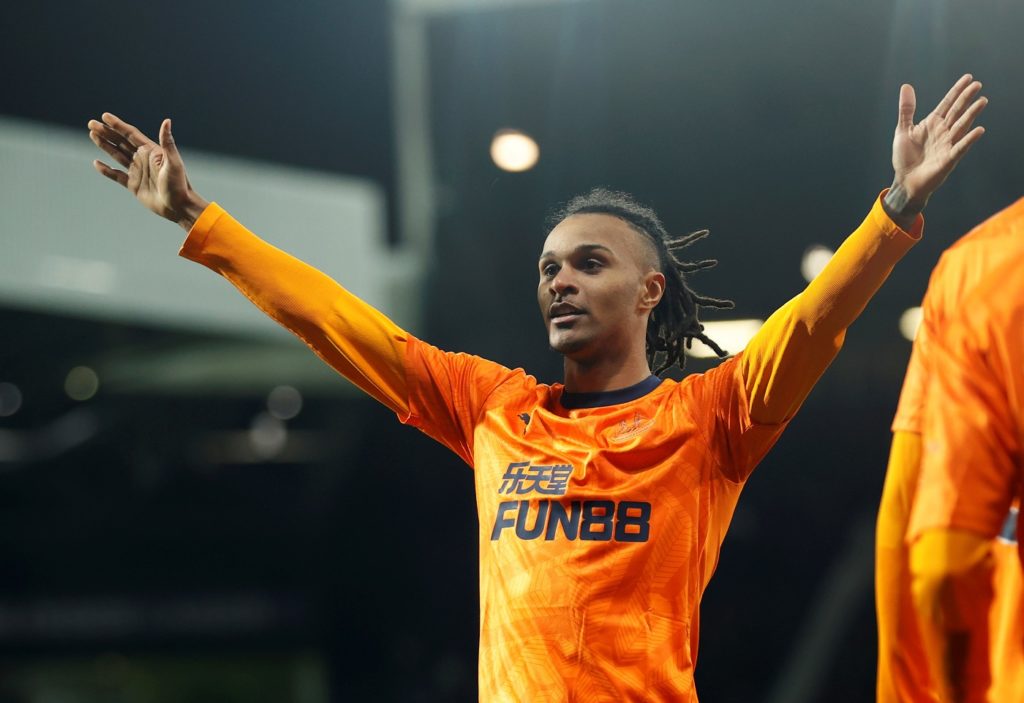 Newcastle loanee Valentino Lazaro says he is fully committed to the club but he is not thinking about where his long-term future lies.

Austria international Lazaro joined Newcastle on a season-long loan from Inter Milan during the January transfer window and he has featured regularly since his arrival, scoring his first goal for the club during their FA Cup victory at West Brom earlier this month.

The 23-year-old certainly appears to have settled into life on Tyneside quickly, with talk having swiftly switched to whether he will join the Magpies on a permanent basis during the summer.

Newcastle hold an option to make the deal permanent come the end of the season but Lazaro, who only joined Inter Milan from Hertha Berlin last summer, has been keeping his cards close to his chest regarding where his long-term future lies.

“But what I can say is that I’m fully focused here – I wouldn’t have come here if I wouldn’t be committed to the club.

“I’m happy to be here, and just focus on that. I’m not really thinking about just my own future right now. I want to help the club achieve their goals and, of course, show myself as well.”

Of course, like many players, Lazaro is facing an uncertain future following the coronavirus outbreak.

It’s a difficult situation for all of us but I think it is the right decision to not continue playing right now @premierleague. We have a responsibility for ourselves and everybody else.
Take care & stay safe!
Valentino 🙏🏽 pic.twitter.com/mmQ3OFBu2K

Lazaro’s loan deal with Newcastle only runs until the end of June, so Newcastle would potentially have to renegotiate terms with Inter Milan if the current campaign does end up running beyond that date.

The Premier League is currently suspended until April 4 at the earliest, with Newcastle’s next scheduled match set to take place at the Vitality Stadium against relegation-threatened Bournemouth on that day.