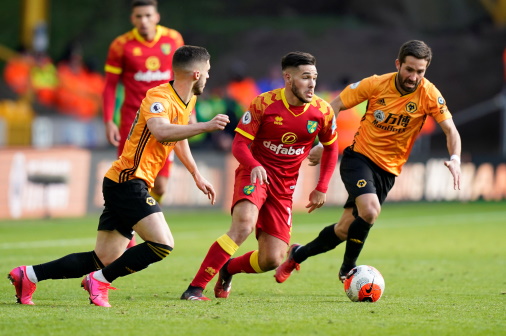 Buendia has been used off the bench in the last three matches, despite Norwich’s need for wins in the Premier League. The Canaries currently sit bottom of the table and they have only picked up 18 points from their 27 matches.

Farke’s side are eight points away from safety and they look like they will return to the Championship at the first time of asking.

Norwich are without a win in four, with defeats against Tottenham, Liverpool and Wolves adding to their woes.

Their last win came against Bournemouth on January 18, and the club’s fans are hoping Buendia returns to the fold.

The Argentinian has created more chances than any other player in Norwich’s squad, but Farke says he will not rush him back into action.

Farke has previously said that his lack of goals and assists were the reason he was dropped to the bench but now claims injuries is the main reason.

He told reporters: “Some people have questioned why he is not on the pitch and I explained how his season developed. He was in fantastic shape in December and January, but sadly he had this injury and was out for two-and-a-half weeks.

“Since this moment, he has been struggling to get back to 100 per cent, and that is the reason he has not been playing every minute. During the development of our young players, there has been a lot of love, but sometimes accepting some hard love is also the right way.”

Buendia will be hoping to return on Friday night against Leicester City, but winger Onel Hernandez is out for at least eight weeks after having knee surgery.

The boss is about to address the media ahead of #NORLEI… 💬

Updates can be found here ⬇️https://t.co/b8recDNztk

Captain Christoph Zimmerman will miss the game due to a muscle strain, while full-back Sam Byram is out for the rest of the season with a hamstring injury.